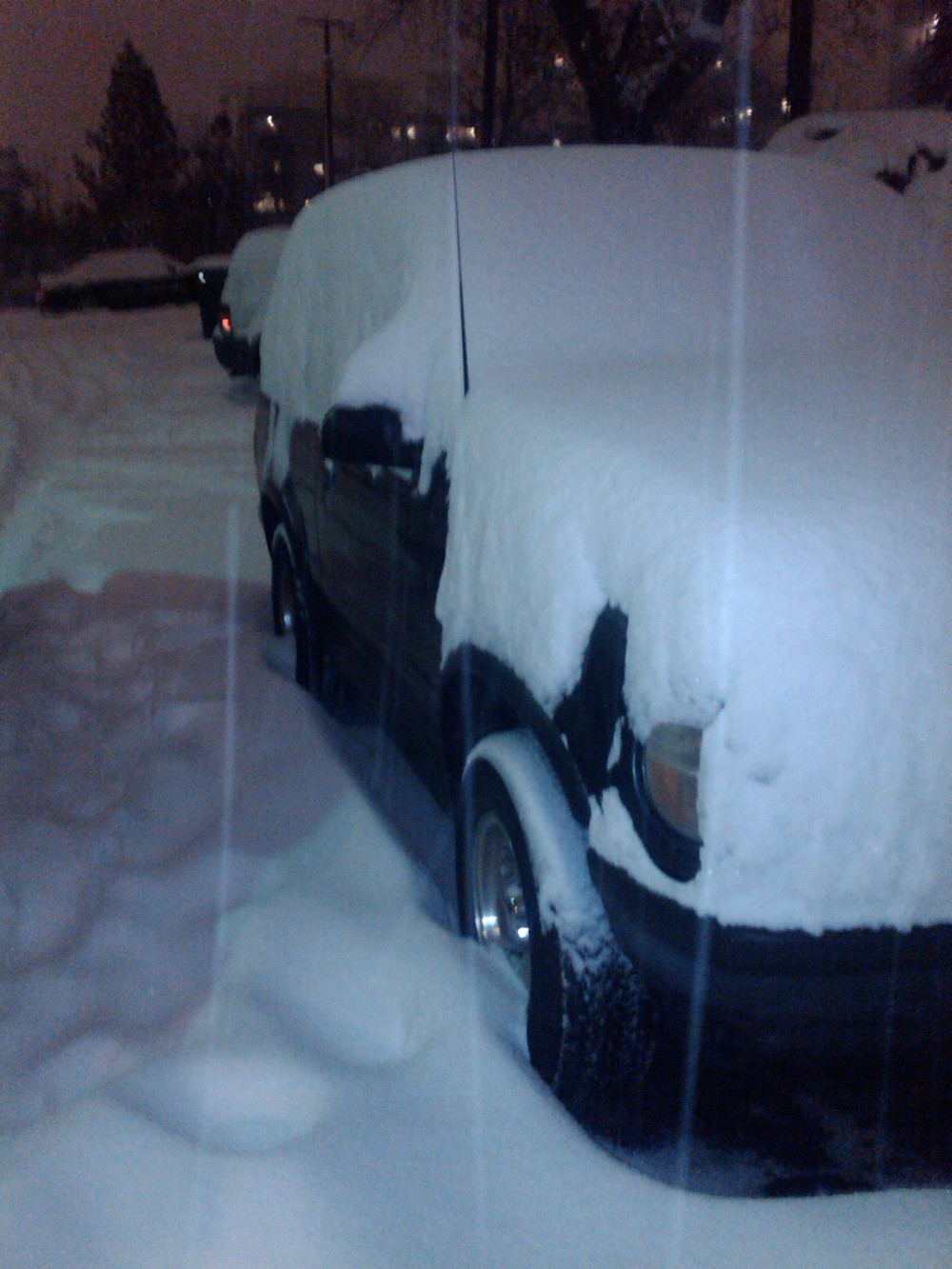 Since the massive snow storm in Spokane, I have felt a little bit like a soldier going to work. I have also seen some things take place that I do not think where right. On Wednesday, 12/17/08, the snow started coming in heavy. I found myself staying much later at work, something I have found myself doing a lot lately, because of an open house at the Crisis Residential Center (CRC). Even with all of the snow, we still had a couple of people show up. When I was finally ready to leave there my car was completely covered, just like the roads all over Spokane. I was lucky though. Before leaving, we had to deal with some crisis’. Many of the youth who live at our center ride the buses back and forth to school. These buses just stopped running due to the snow. The STA choose to just drop our youth off at different bus stops or park and rides. I really must say that this made me very angry. I felt it was so wrong to just leave our kids. Many of them didn’t have cell phones, they tried calling us collect because they didn’t have any money for a pay phone.

If you can imagine a young, 13 year old, who doesn’t know their way around Spokane. Not having money or a cell phone, and not knowing where she was between where she was dropped off and the center. I can only imagine how afraid some of our kids were. I left before all of our kids had made it back, because I had already been there for 12 hours.

I was awakened early in the morning, being asked to come in for an extra shift. My car was completely snowed into the parking lot. I decided to take the bus to work, and was lucky enough to catch the last bus that would be running. This bus dropped me off downtown, making my walk only a half hour. The next morning I wasn’t so lucky. There where no buses running. Walking to work, meant trudging though the snow for almost one and half hours. I left my house just a little bit after 5:30 in the morning… much too early for my tastes. I would rather get off work that early in the morning then leave for work then. As I was getting ready these two morning, I couldn’t help like feeling like I was a soldier suiting up for war. I was getting ready for whatever would happen. 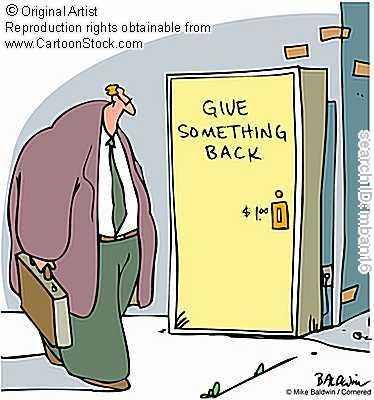 A cartoon of the non-profit sector with “Give Something Back” written on vending machine. This cartoon was taken from Cartoon Stock

Both trudging thought the snow to work, hearing my coworkers experiences during the snow, and seeing how willing to help many of my coworkers were made me think about something. With the CRC being a non-profit, non of us get paid very much. I make less now with my BA in Social Work, than I did before I earned my AA degree. I wonder how many of the employees at DSHS would have walked to work. I think there is something about the non-profit community organization sector that instills more passion for the work that they do then is in the public social work sector.

Please hear me, I’m not saying that people who work for the state, or other such positions are not as passionate for the clients that they work with. I just think that is a different view point from people who work form community-based non-profit organizations then those who work in the public sector. Really, I am just amazed with the people that I work with and the extra hours I see them put in whether or not they get compensated for them.

Some creative writing using the last 27’s words of the day from the Look Up app to talk about the current COVID-19 pandemic.