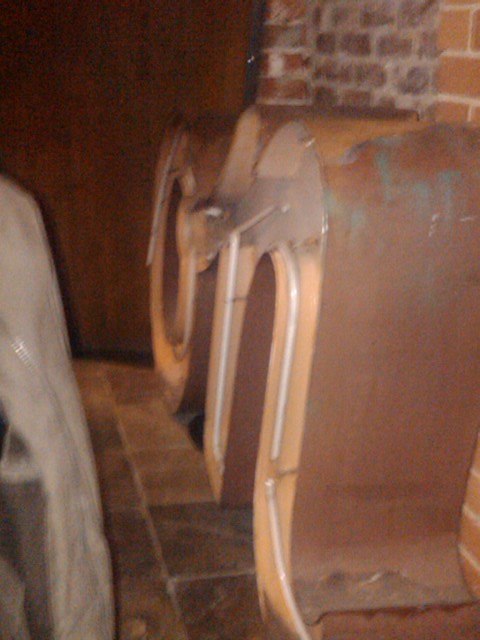 The image is of a sign inside of Zola’s. I went there with a couple of friends on Friday night. The Band Milonga, was playing. I must say that I was super excited to hear them play. They are excellent. Not only do they have great music, it’s very danceable and they seem to have a following of dancers that go where they go. It makes for a great experience. This is even more true, when you haven’t been able to go out dancing in a long time. Dance is something that I have been missing for almost a year. My life has just been too hectic to really fit it in, even when it is one of my stress relievers. It is also one of my connections to other cultures (especially the when talking about Latin dancing). I am hoping that going dancing this weekend with spur me to make more time for it coming up.

This week, has been kind of a look into cultural awareness. I found myself talking to the kids at my work during group the last two times I’ve led it on being culturally aware. I think that it is a very important concept for them to understand. We talked about it some, when I went out with some friends for valentines day. A couple of people that I am going to Peru with, some other friends, and myself all went to Applebees last night. It always nice to hang out with fellow social workers.

This morning when I woke up, and was actually able to make it to church (I’ve missed too much church lately) the topic was about cultural awareness (generally). I was struck by a skit that was preformed at the beginning of service. It was all about the concept of white privilege, and other race related issues. It actually reminded me of being in some of my social work classes. It also made me happy that my church has their perspective so right on. I don’t think my church puts videos of the various skits that they preform, but if they do I’ll post it later. In thinking about this, it made me remember a paper I wrote. It’s my ethnic autobiography. the following is an excerpt from it;

As a white protestant male, I am a member of the dominate culture in the United State. Growing up I never had to question if somebody was doing certain actions because of my ethnicity. I never had any difficulty finding people who looked like me, and being able to be accepted into a group. I never really thought about my skin color or my racial background. My mom never had to explain about my Germanic heritage, or did I ever wonder about cultural practices. All of these where vary far removed from my growing up experiences growing up.

You can read the rest of the essay I wrote: The Ethnicity of Non-Ethnicity: The Ethnic Autobiography of the Dominate Culture

Now, I have to run and go to work. It took a lot longer than I was expecting to put all this together.