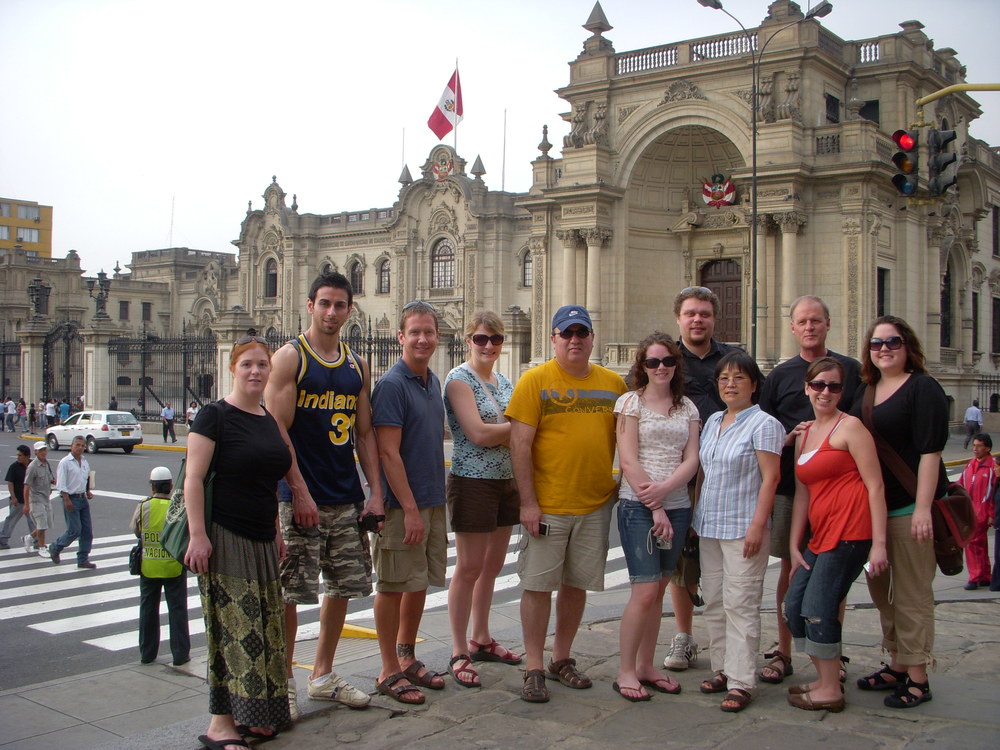 The Plaza Mayor or Plaza de Armas of Lima, is the birthplace of the city of Lima, as well as the core of the city. Located in the Historic Center of Lima, it is surrounded by the Government Palace, Cathedral of Lima, Archbishop’s Palace of Lima, the Municipal Palace, and the Palace of the Union. This a photo of our group of social workers.

Since leaving Europe this summer, I have been wanting to to travel again. I signed up for this class, International Social Work, that would give me just such an opportunity. It’s traveling over spring break to Lima Peru to work in an Orphanage. The Orphanage is Puericultorio Perez Aranibar (PPA). It is for 10 days, and should be an amazing experience. We met at the airport about 03:45 am in Spokane on the 20th. Meeting so early for a flight meant that I didn’t sleep. Four airports, 16 hours of flight time, and a grand total of almost 24 hours of travel time we finally made it to Peru. 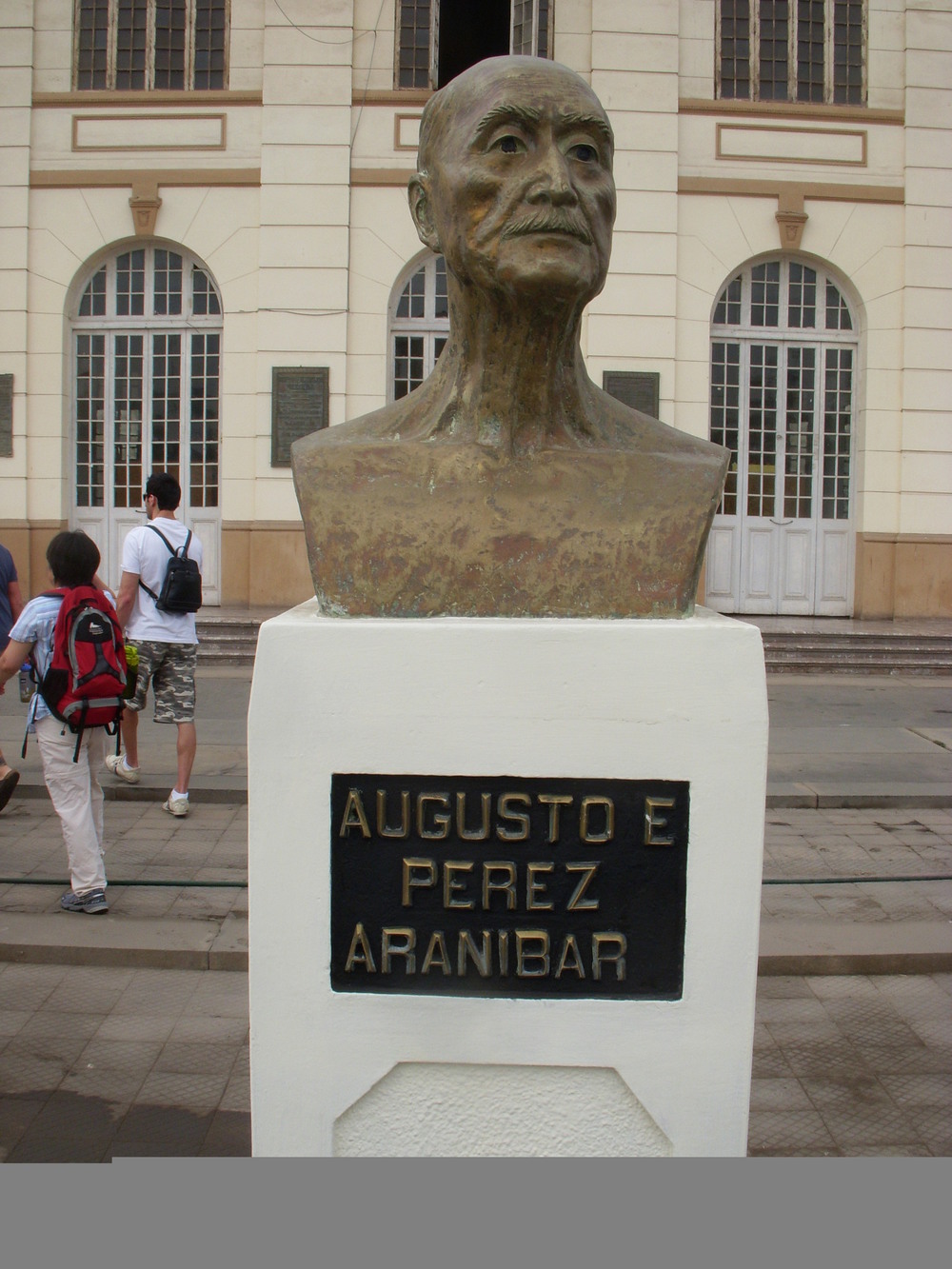 We arrived in Peru and finally got to the hostel at about 12:30. Me and a couple of the other’s decided that we wanted to go to the beach for a bit, and maybe have a drink. We took a Taxi to LaComer, an upscale “mall.” It was beautiful to just relax and sit outside. Long travel days always mean the need to take a break. The next morning, 9am we were meeting to to to the PPA for the first time. We got an in-depth tour of the PPA. It was a hard revolution to know that the PPA takes care of at least 450 children from all over Lima. These kids come from all different ages (several months till 18). Some are orphans, and don’t have anywhere else to go. The others, their parents aren’t able to take care of them, so they come to the PPA. It was hard to walk into this giant room for the toddlers and hear a couple of them just screaming. Edith, our local team leader told us that the child just come in a couple of days ago. Many of the workers don’t always have time to give individual care to each of the children, only to take care of them. That is hopefully what we are here to accomplish.

Abusto E. Perez Aranibar, the creator of the PPA once said that he was hoping to create a Palace for the Children. The PPA has such a great vision and inspires a lot of hope. Regardless of the hope, it is still hard to see the lives these children live.

After touring the PPA, we went with LimaVision on a tour of the City. We saw centuries old ruins, beautiful houses in the wealthier district, olive trees, the Cathedral of Lima, Catacombs (and lots of bones), Plazza Mayor, and many other areas. The tour was great to get a quick view all around Lima, although it was the most touristy areas and not exactly the real Lima.

After dinning on meat and cheese filled empanadas and pizza, singing happy 21st birthday to Emily for the third time (plus getting her second dessert), some of the group decided they wanted to hit the town. We were first directed to this bar, with almost no name on the top and on the second story. It was a pretty cool place to chill out for a bit (well, actually it was really hot with no air flow), but the group decided that they wanted to go and dance. We wound though the maze of the bar (they put us back in our own room and played English music… not sure how I feel about that yet) and set out to find a club were people where dancing. The first one we found, was ok. It was kind of small, and they played mostly reggaeton. Right before we left, they had some African Drummers come out and preform… having the different guy’s and girls get up and dance. One of the girls (well, older ladies) pulled Gabe up and had him dance with her. It was hilarious. We went to one other place. This place had people both dancing to reggaeton and to Salsa. It was a lot of fun, and we didn’t leave until after 2am. Went back to the hostel and ended up just sitting outside for almost an hour just talking to Kellie. Before going to bed, spent some time sitting and reading / praying / thinking sitting overlooking some of the noisy Lima streets.

I am really looking forward to spending time at the orphanage tomorrow, I really can’t wait. I hope I can at least just make one of the kids smile and feel loved and accepted.