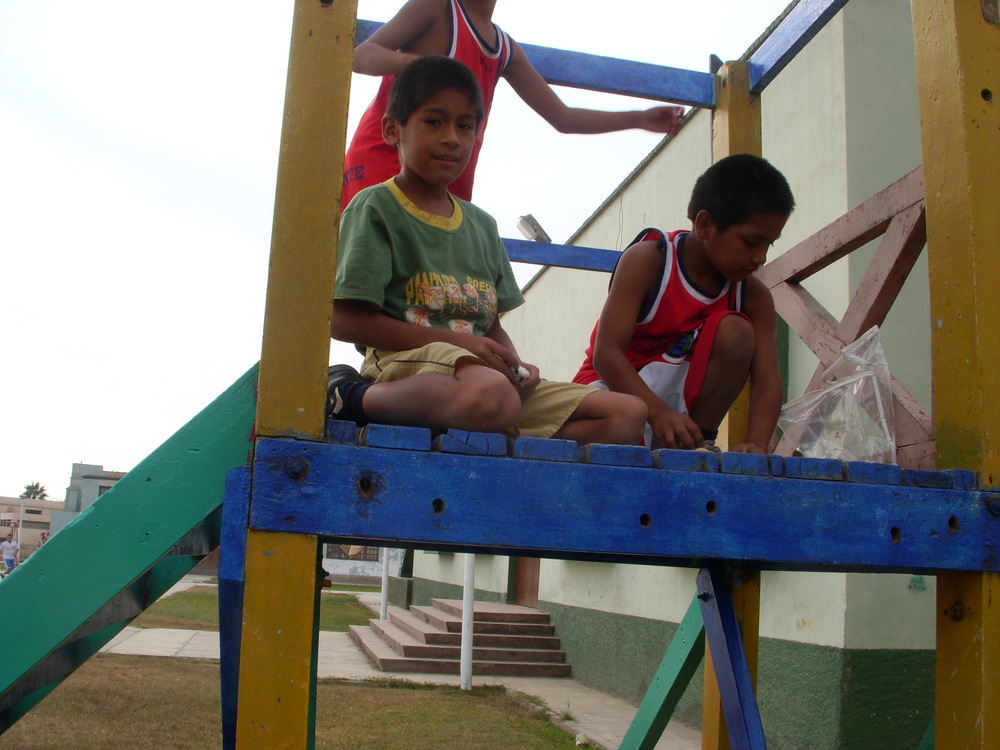 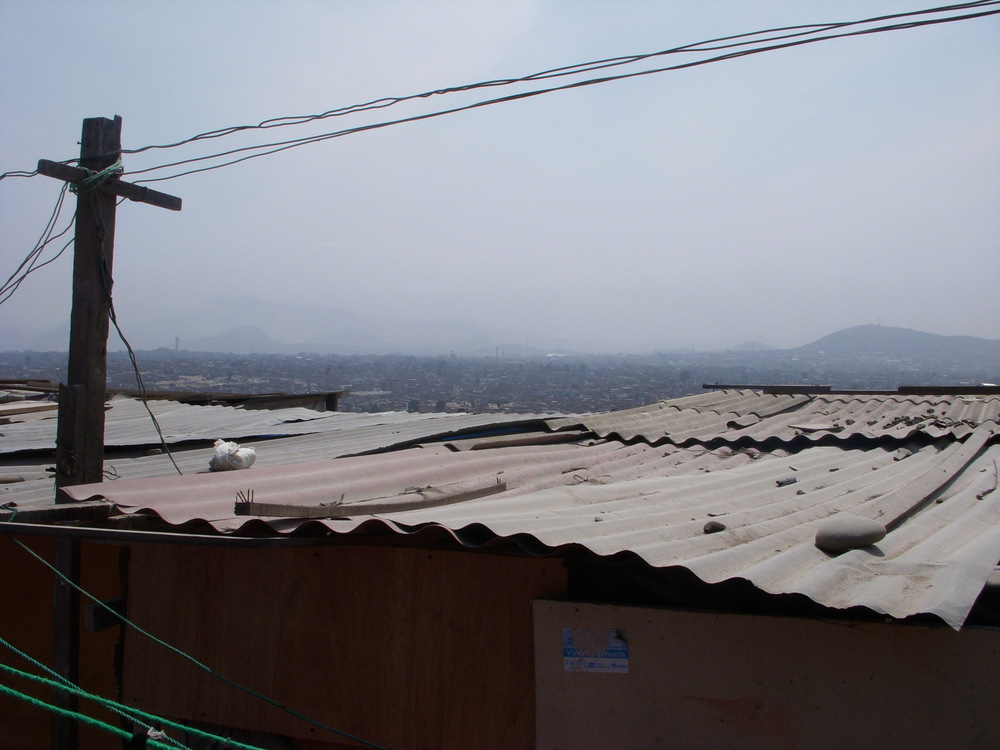 A photo overlooking some of Villa El Salvador. It began as a pueblo jóven (shantytown) in the vast, empty sand flats to the south of Lima in 1970 because of the urgent housing needs of immigrant families who had left the sierra of Peru. Villa El Salvador evolved into a huge urban zone, largely self-organizing, for which it won some fame. Largely through the efforts of its inhabitants, the neighborhood was supplied with electricity, water, and sewage.

Spending only five days working at the PPA is difficult, it really doesn’t feel like it is enough. As I sit here Thursday (actually technically Friday) morning, knowing tomorrow will be the last day that I get the opportunity to work with Los Niños de Puericultorio Perez Aranibar (PPA) it is a very sad thought. You see find pictures of Peru~ PPA & Villa El Salvador Peru~ PPA & Villa El Salvador 1 of 2 and Peru~ PPA & Villa El Salvador 2 of 2 albums on Facebook. Although I will only have been in Peru for 10 days come Saturday, it both feels like an eternity full of activities and thoughts and at the same time merely a touch in the water in regards to getting to know the kids or be of service to them and the PPA.

My mornings at the PPA have been spent doing physical labor. I have really enjoyed this trip having so many different layers to it. My physical labor layer is really nice in the fact almost nobody was willing to do it, knowing how much it’s needed around the huge campus of the PPA, and getting to see an instant result upon completion. The afternoon’s I spend “teaching” English to eight year old. Doing this I haven’t been able to see the instant results I get in the mornings. I believe it was one of my fellow travelers, Tony, who said it was like organizing chaos. We have a couple of games, often bring toy animals (asking the kids to describe them in Spanish then giving them the English names), and then playing futból and stopping various skirmishes. Even though I don’t believe me and Tony really taught the kids very much English, we got to love on them and give a couple of kids some individual attention they so lack in this institutional setting. 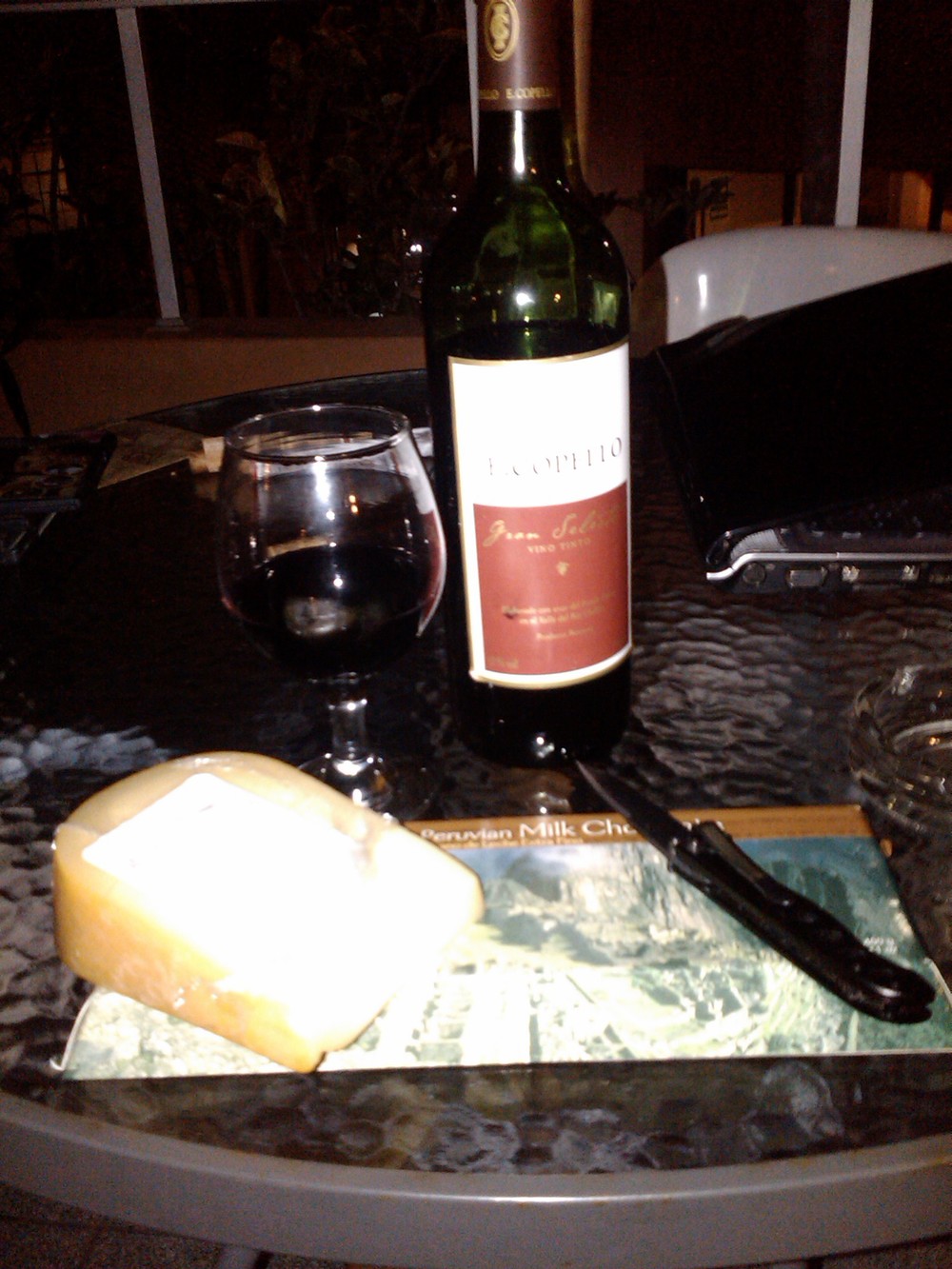 It can be good to unwind with some wine, cheese, chocolate, Cuban cigars and good fellowship

Yesterday, it was very powerful to get the opportunity to visit Villa El Salvador, a district in Lima. The main parts of town are nice, paved, and have many beautiful sections. Once you leave the more central areas, one finds how most Lima residents live. Villa El Salvador has dirt roads, no running water, trash in the streets, stinks, extremely poor families, and yet happy beautiful people. Seeing people’s resilience, regardless of their economic status and living conditions really puts your own life into status. It was a hard day, knowing that many of the kids at the PPA come from homes like the ones we visited in Villa El Salvador is really hard.

We visited one home, with one of PPA’s social workers. This visit was to check in with the family. We found a 12 year old daughter cooking for her younger siblings while her mom was at work. After getting back to Mira Flores (the wealthy district we have been staying in) we went back to the PPA to read bedtime stores to the three year old and tuck them in. It was so hard for many of us to leave these precious children. Feeling the weight of the day, I figured it was important to be able to debrief and relax. The trip has been strenuous.

Me and a friend bought some Peruvian wine, Cuban cigars (just had too, because they are illegal in the states), and Peruvian cheese and chocolate. About six of us stayed up talking until almost one am about all the things we’ve seen and experienced. It was powerful to just sit and get out many of the things we were all thinking about. Anyways, it is getting late and I have to get up very early for my last day at the PPA.