From surreal to real

The last days before heading out on this adventure of a lifetime (see post: Let The World Change You, and… You Can Change The World for more information on my trip) I had a lot of different feelings and thoughts. You can also see my photo’s I uploaded of my End of Summer Adventures Facebook Albums. It felt very surreal to know that i was leaving for a long period of time. Spending some last day’s hanging out with friends, it felt like I would be able to see them again anytime that I wanted… just like I always have been able to. When I gave back my apartment, I had a realization that I was then homeless. Hanging out with my mom before I left, I went on my way feeling like I haven’t spent enough time with her during the last couple of years.

The closer I got to the trip, getting inside the airplane… landing in Dallas then in Miami… then in Trinidad it all became very real.

You can view the album Miami Heat in the Evening and Trinidad CoExisting Island Style Facebok Album if you are interested in seeing the pictures.

So I guess that I ought to explain a little bit of what’s happened so far in the last couple of days, so that you can keep up. We had a 12 hour layover in Miami, which was planned to be that way. While it was supper hot outside, it didn’t start out so hot. We took forever to figure out the bus system, missed the last night bus (at 12:30… doesn’t make sense). We ended up paying for a taxi ($32.00) to go to Miami Beach. It was a lot of fun, and worth all of the hardship. We salsa danced at Mango’s Tropical Cafe for a couple of hours. We spent some time at The Clevelander, a pretty cool club. We ended up wondering down to the beach and just playing in the water and talking about life, love, and God for a couple of hours. It was really great, and made me so glad that I was going with Ami. I could tell it would be a great trip. Around about 6am, it was getting late enough that we could catch a bus back to the airport. We first caught the one going the wrong way, then we ended up missing the next one. While we were waiting for the one after that, we got the great idea into our heads that we should sneak onto a yacht and do some exploring. Well, we missed the next bus due to that. So when we finally got back to the airport around 8am, combining jet lag and lack of sleep we were both exhausted. After three and a half more hours we were in Trinidad. 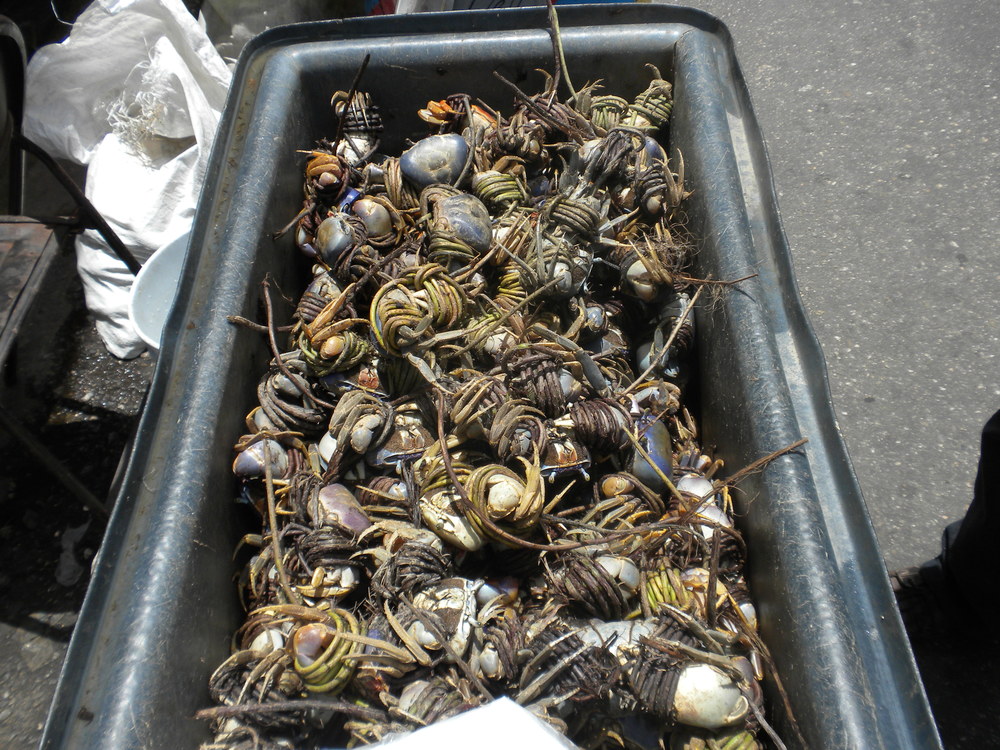 We arrived in Trinidad and encountered a couple of problems right away. First they didn’t want to let us into the country because we didn’t have a specific place we were staying and we didn’t have a specific plan for leaving. In hindsight, I believe that this is important. We took a taxi to Port of Spain, the city we are staying at in Trinidad. It poured rain on and off the first night. Ami and I were so tired that we both went to sleep around 6 or 7pm. The next morning, we woke up early. We met a couple of different people. First was Chester, who wondered around with us trying to help us find a restaurant. We ended up buying him a soda. Later we met Marcus, who we ended up paying about $15.00 for his service as a “certified tour guide.” Although we probably got swindled a bit, it was worth it to get to see the sights. One place that was really interesting was the Reggae club he took us to. It was pretty eclectic, locked people inside of this bar, and everybody was smoking marijuana. That night we ended up going out to see what the night life was. We ended up meeting a guy named Steven. He was totally enamored with Ami, and had no problem telling her that, after he found out that we weren’t together. Today, I slept in much later than Ami did. We wondered out looking for a meal, and then spent hours agonizing over how to get off of this expensive island. When we decided to just follow the plan we had made the day before (wait till Wednesday and take a ferry to Venezuela) , we walked down to Independence Square. It’s was pretty amazing to see how many people were out. It was full of the eclectic groups of people that make up Trinidad. From business men, families, Rastafarians, homeless, and everything in between. It was awesome to see so many people outside, enjoying community, parks, and the early evening. All and all, even though it’s become very real. I’m very excited to see what happens during this trip.