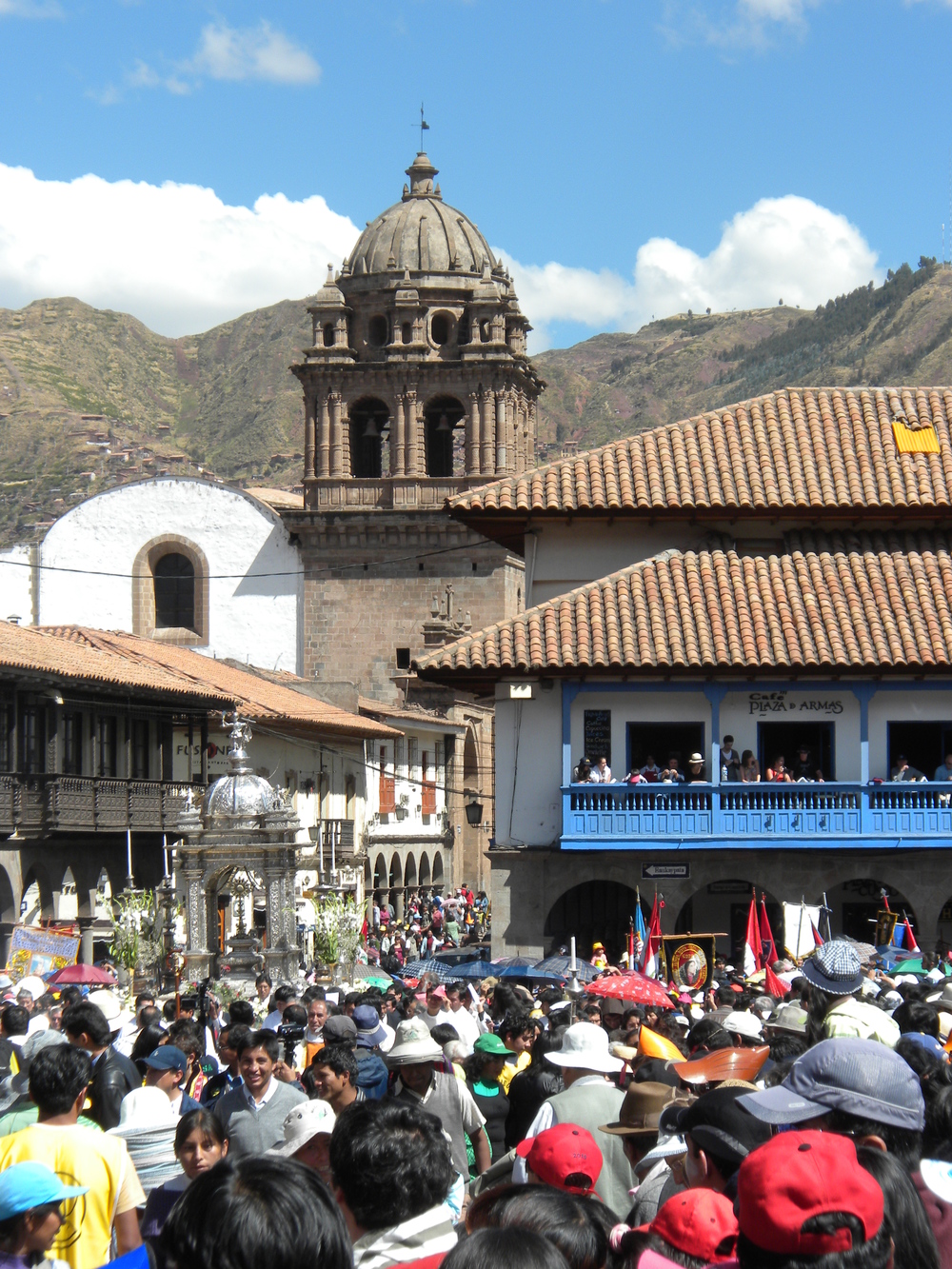 This week I got to do a couple of fun things, including getting my camera back so you can check out my photos The Title Of The Album. On Thursday was Corpus Christi (latin for Body of Christ). In Cusco Peru (and only in Cusco as I understand it) it is a public holiday, which meant I didn’t have to go to work. First thing we attended the pontifical mass outside of the Cathedral. After the mass, there was a procession that made a loop around the Plaza de Armas. The precession is led by a silver plated alter called the Carroza de Plata (in English Silver Chariot or also known as the Templete (alter), or Baldaquino (canopy)) that is pushed around the square. Afterwards they have various images of saints that are also included in the procession. After the procession we left to go to Plaza San Fransisco to buy some chiriuchu. Chiriuchu is a typical cold dish that includes various Inca foods, especially meats (a part of why I really liked it). It includes: chicken, cuy al horno (roasted guinea pig), Chalona (mixture of pork and alpaca) salt fish eggs, sasauge, seaweed, corn, andeanen cheese, pepers, and rocoto peper (a spicy peper). 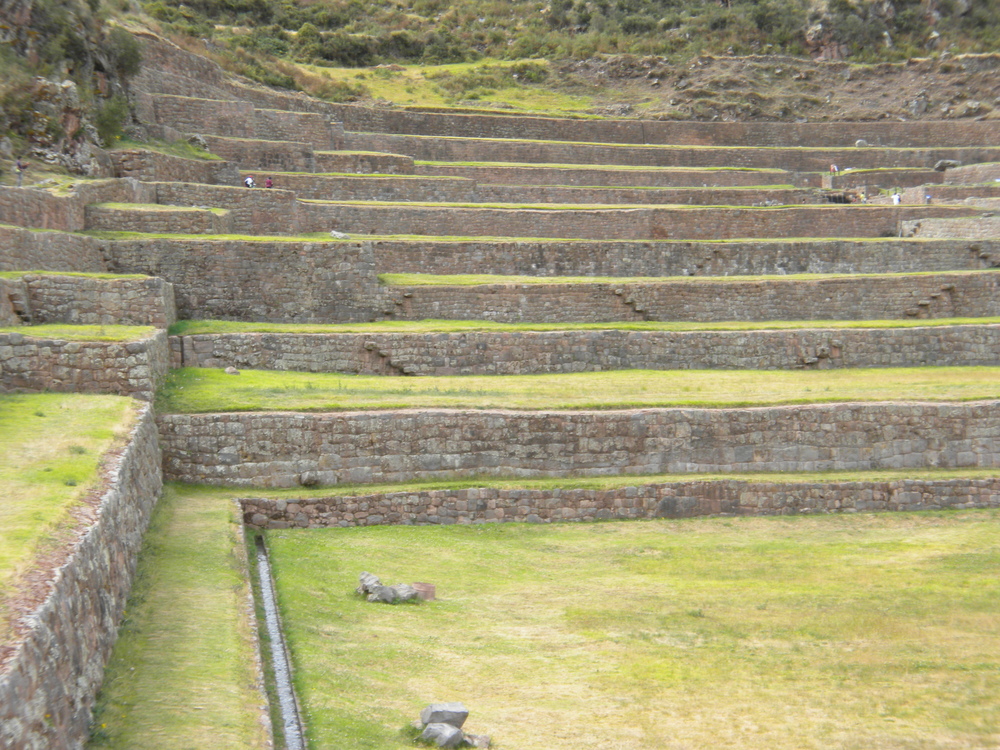 On Friday night, I got the opportunity to go to the Cusco 2010 Alpaca Fashion Show. We got some free tickets, and it was interesting. They even had Miss Peru International there… although sorry, didn’t get any photos. There were several sets of typical dances during the event along with three older ladies describing how to die various colors in Alpaca. As for the models themselves, I think most of them were just college students that they asked to come and show off some of the alpaca fashions. The event started much later then is traditionally Pervian, almost two hours. It was interesting, but it was outside and very cold so we left early.

On Sunday, we went to the Tipón Archeological Site. This is a set of Inca agricultural terraces. It’s very beautiful with the backdrop of the mountains. Afterwards we went to Lucre and ate duck and fresh pastries… so delicious.