A photo from the Balcony of Sheila and Dennis house in the Commune of Fabas in the Midi-Phyrénées of the French Countryside.

A Black Madonna or Black Virgin is a statue or painting of Mary in which she, and oftentimes the infant Yahshua are depicted with dark skin, especially those created in Europe in the medieval period or earlier. The Black Madonnas are generally found in Catholic and Orthodox countries. The term refers to a type of Marian statue or painting of mainly medieval origin (12th to 15th centuries), with dark or black features.

The city of lights was beautiful. You can find my photo album on Facebook, Paris, City of Lights. After spending four nights in Paris, we caught a train heading to Toulouse, in the Southern France region. In Toulouse, we didn’t really spend much time. We rented cars and spent a little bit of time getting some lunch and wandering around the Toulouse downtown for a bit. We tried to go and see the Black Madonna, but we couldn’t find parking. We rented two cars, mine was a manual. I hadn’t driven a manual transmission car since I was in high school, but after we got into the windy roads of the French Countryside in Midi-Pyrénées, I was glad that was my car. It felt exhilarating to be shifting through all of the roads. 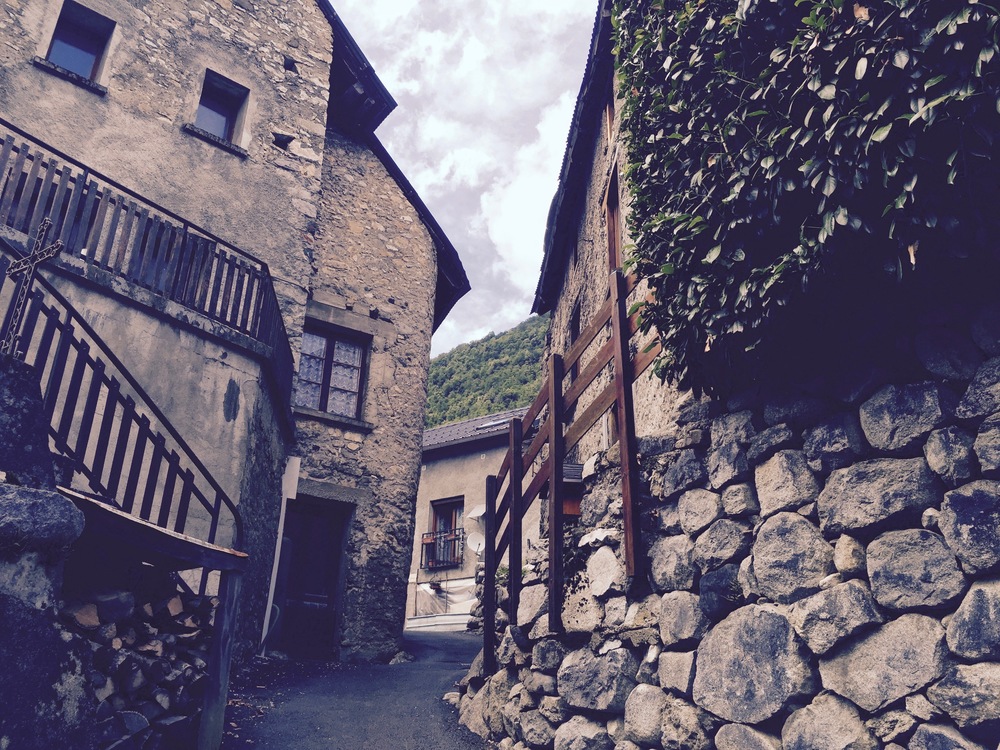 A house in the commune of Aulus-les-Brains in the French Countryside.

Heading to the Commune of Fabas, we went to the wrong Fabas at first (putting us about 45 minutes in the wrong direction), but we finally made it to some of the most wonderful country I’ve ever seen. We spent four nights in the area. My mom, Geralyn and I stayed at an old family friend of my mother and I, Sheila and Dennis. They used to live in the Dayton Watisburg area where I grew up. They built a house, in the countryside with the most spectacular view. You can check out photos on Facebook album, French Countryside in the Midi-Pyrénées. We got the opportunity to do a lot of different things while we were there. 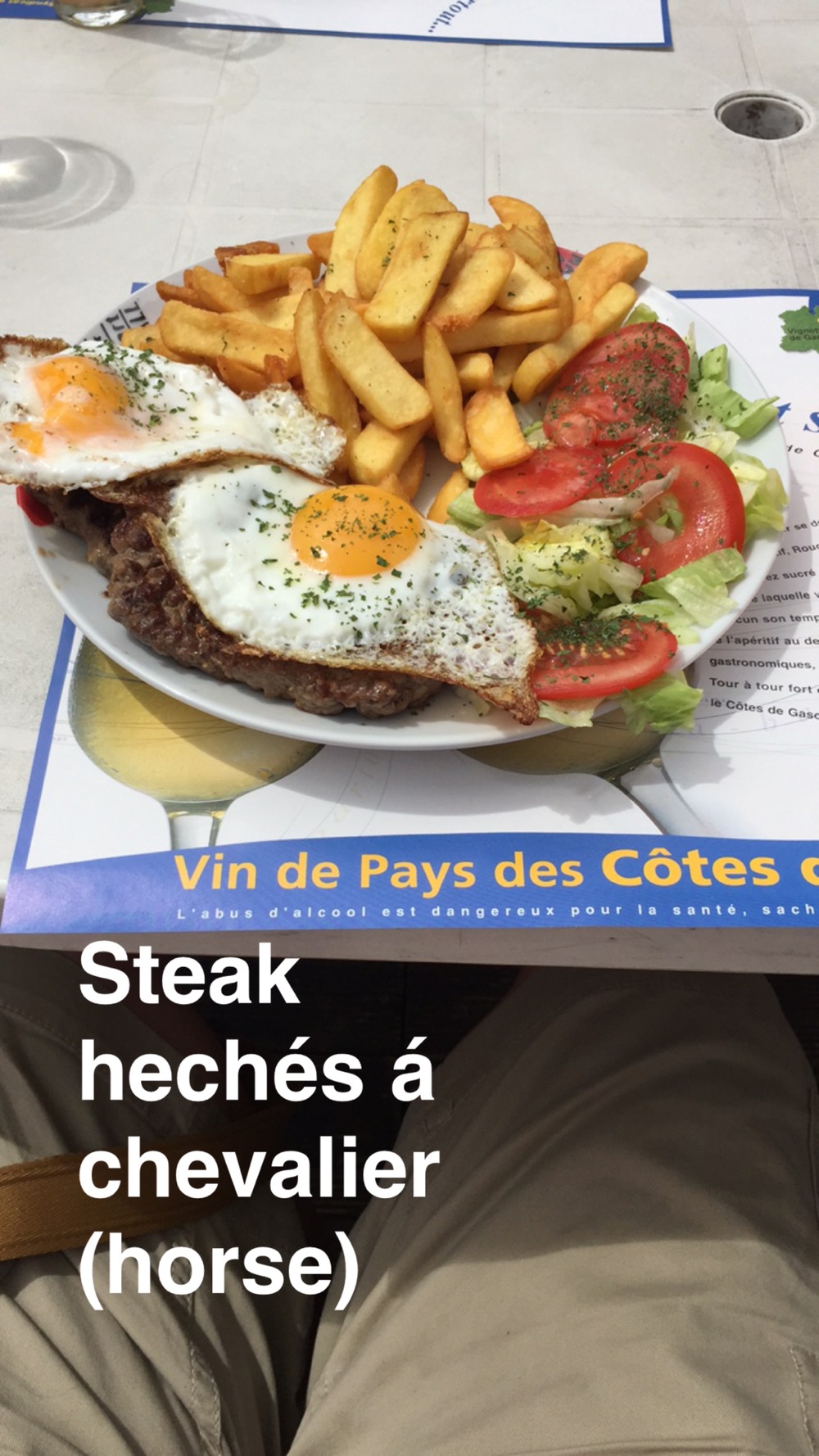 Before heading out on our trip, I was the least excited about visiting the countryside. I was thinking that I wouldn’t like it as much, because it is out of the city, but it was amazing! We spent one day touring various small villages, passes, and outlooks. The views from the some of the passes, and Lake Bethmal were breathtaking. We even picked wild huckleberries on the mountain side. I was amazed at the roads, and sites especially knowing that often times the Tour de France goes through these mountains. It made me tired just thinking about it. In the City of Seix, I ended up ordering horse (common food in France), it was good and tasted mostly like cow.

In 1858 Lourdes rose to prominence in France and abroad due to the Marian apparitions seen by the peasant girl Bernadette Soubirous, who was later canonized. Shortly thereafter the city became one of the world’s most important sites of pilgrimage and religious tourism. Today Lourdes hosts around six million visitors every year from all corners of the world. This constant stream of pilgrims and tourists transformed quiet Lourdes into the second most important center of tourism in France, second only to Paris, and the third most important site of international Catholic pilgrimage after Rome and the Holy Land. As of 2011, of French cities only Paris had more hotel capacity. 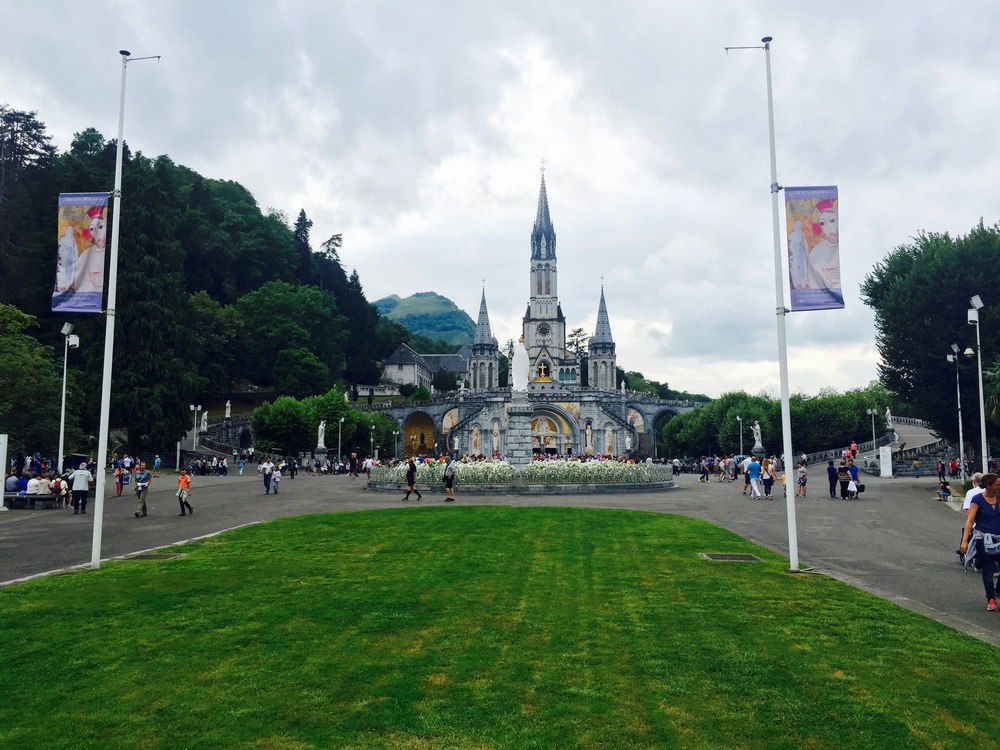 View of the Church at Lourdes in France.

An estimated 200 million people have visited the shrine since 1860,7 and the Roman Catholic Church has officially recognized 69 healings considered miraculous. Cures are examined using Church criteria for authenticity and authentic miracle healing with no physical or psychological basis other than the healing power of the water

Another one of the days, some of us went to Lourdes, France. It was a bit of drive, but is an interesting town. There are hundreds of people with diseases, handicaps, and different abilities that make the pilgrimage to Lourdes to seek healing. The church of Lourdes, is gorgeous and I’m pretty sure it is what Disneyland is modeled after.

We also had an amazing five course traditional French meal at the bed and breakfast the rest of my family was staying at. The food was amazing, and we sat, ate, talked, ate, drank, ate, and drank more for almost three and half hours. A wonderful experience. 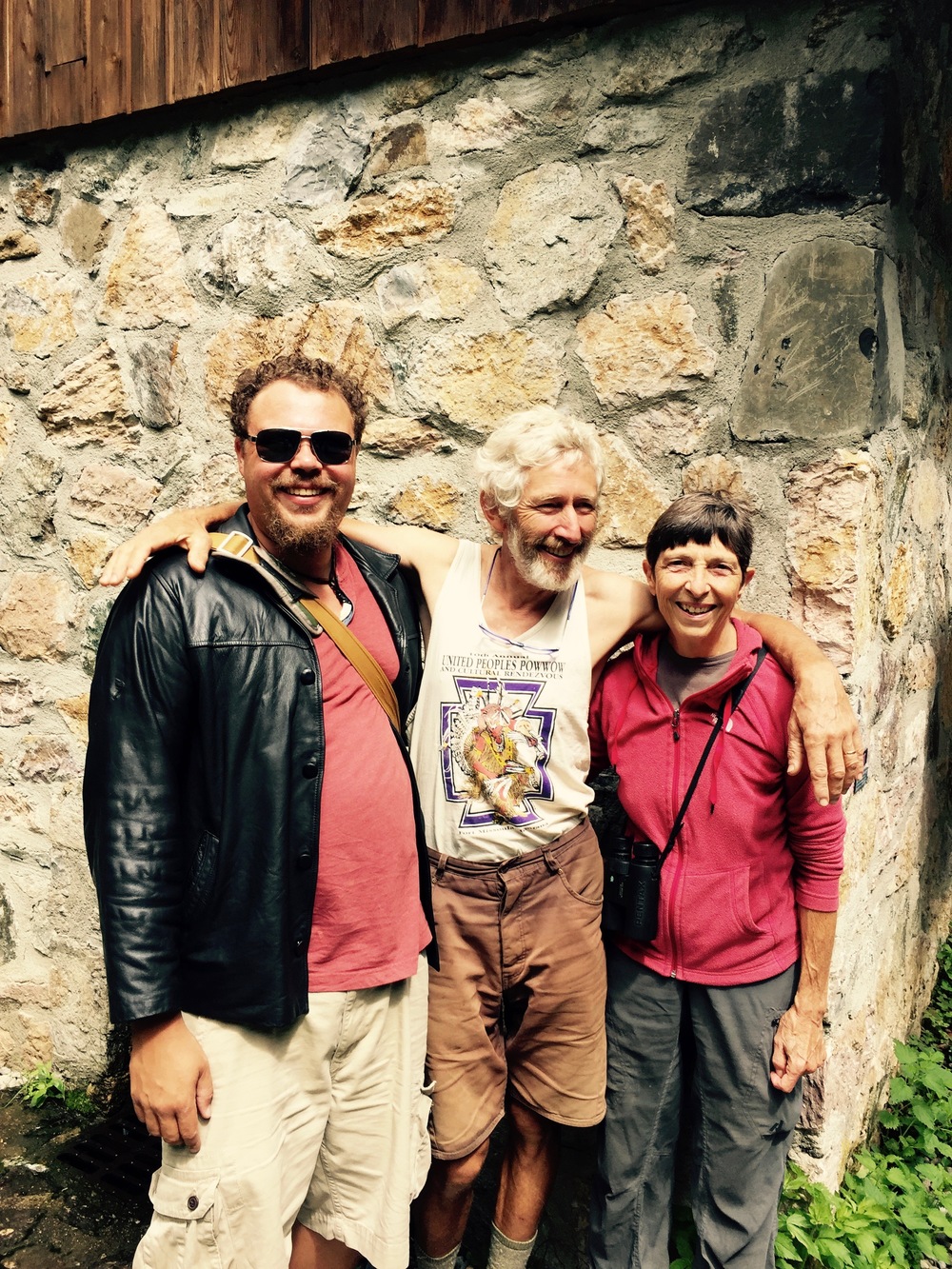 A photo of Sheila, Dennis, and I at Lake Bethmal.

The next morning, we set off early, heading to Nice. When I told family and friends that I was going to France, everybody was worried because of the attack that happened about a month before our trip in Nice. It was unfortunate that we only got to stay one night in Nice, because it was a hip, vibrant, and fun town. We spent 10 hours driving from Sheila and Dennis to Nice, toll bridges, and craziness, but it was absolutely worth it.

Then it was a train to Florence with a stop in Milan. Our train was late arriving in Milan, and the carrier wouldn’t refund our ticket so we had to wait for another one and purchase it again.

In Florence we’ve had the opportunity see David, walk the streets, go shopping, I’ve gone out a couple of nights and gotten to experience some of the nightlife, and stay in an absolutely beautiful hotel (Kaft Hotel) with a terrace roof and restaurant and pool. We leave tomorrow to head to the last leg of our trip and Rome.