It has been a fly by trip so far. My mom, my aunt Geralyn, my cousin Larissa and her boyfriend Shane, and my aunt Barbara and uncle Allen all have made her way over to Europe. Our first stop has been in Paris, the city of lights. It is a beautiful city, with amazing architecture, different little neighborhoods each with their own feel, wonderful architecture, and so many different people.

My mom and I left from the Pasco Airport to Seattle Tacoma Airport where we met up with the rest of our family. Then it was a 10.5 hour flight with a nine hour time difference (yes, we are living in the future). We have been walking a ton. I thought that it might be interesting to share how far we actually have been walking. I have been wearing my Apple Watch (which I absolutely love) the whole trip, so I have a pretty good idea of how far we’ve been walking each day so far. 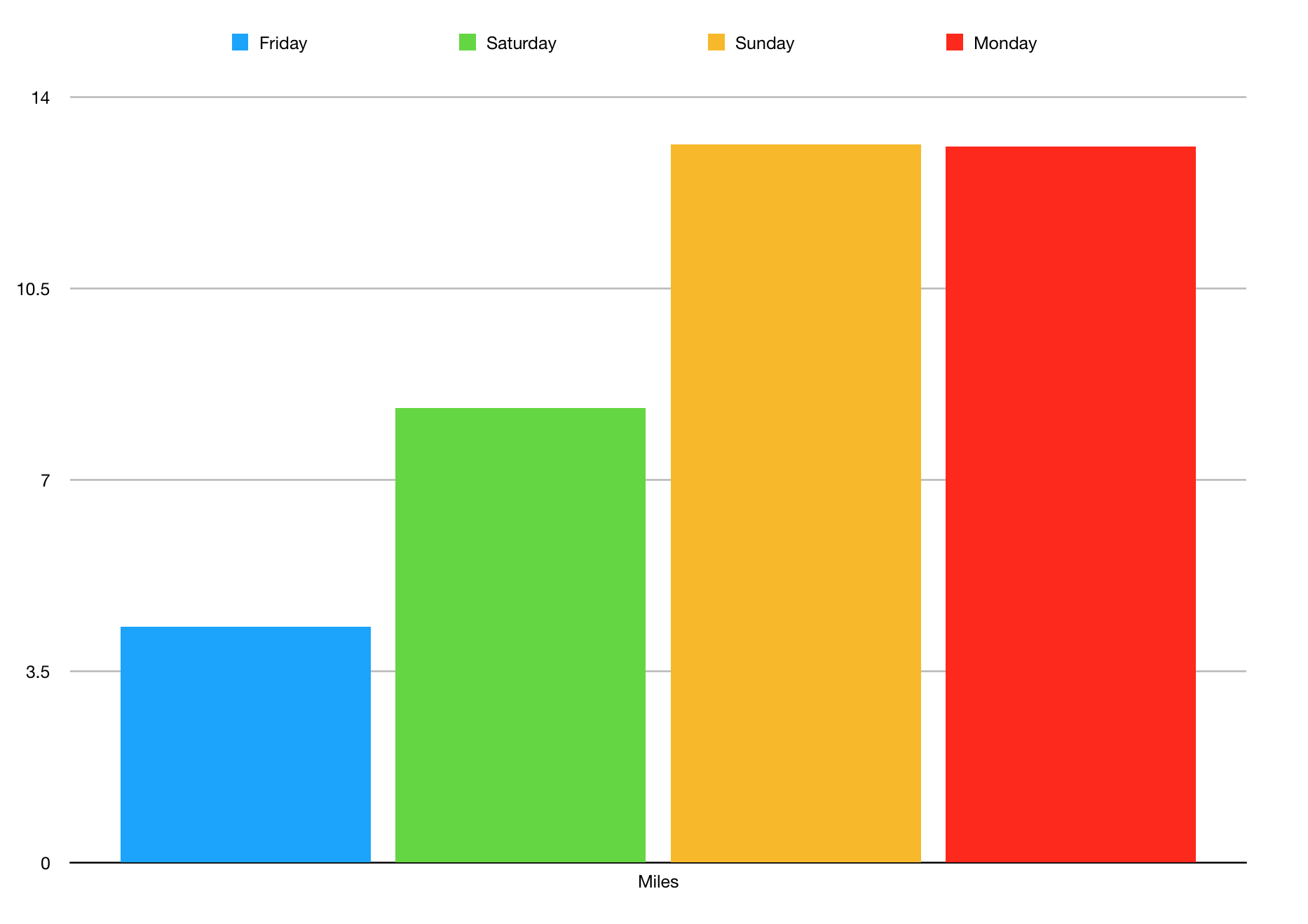 The number of miles I have walked each day so far as a part of the trip. 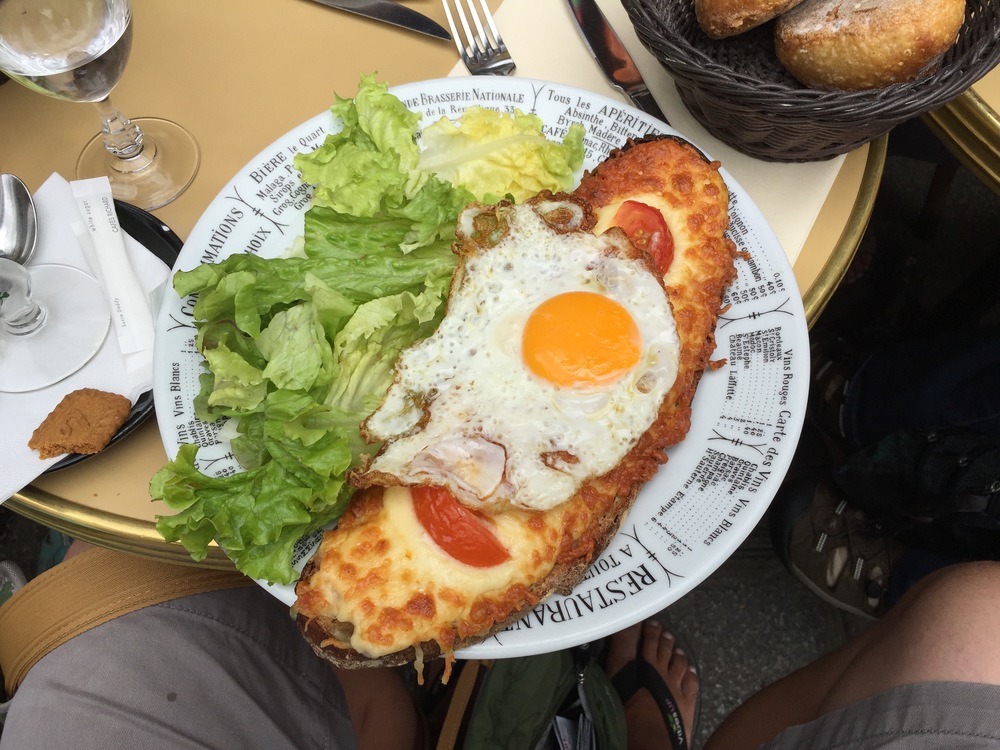 A picture of my first meal in Paris, taken at the Le Nemrod.

We arrived in Paris after leaving Friday morning at 8:30 am on Saturday morning. It took a couple of hours to wait to go through customs and we found ourselves a taxi to our hotel, Hotel & Spa La Belle Juliette. The hotel is somewhat expensive, and much more expensive then any hotels that I would generally choose, but it is very chic with beautiful small rooms with iMacs in every room that double as a TV. After checking in, we were hungry and headed to Le Nemrod to get some food and then made our way to a giant beautiful park to wander around a little bit. The Jardin du Luxembourg is absolutely a wonderful place to go, and really felt very much the epitome of what I imagine when I think of France. There was wonderful statues, old men playing chess and Bocci Ball, and many people just passing time with each other at a slow pace. 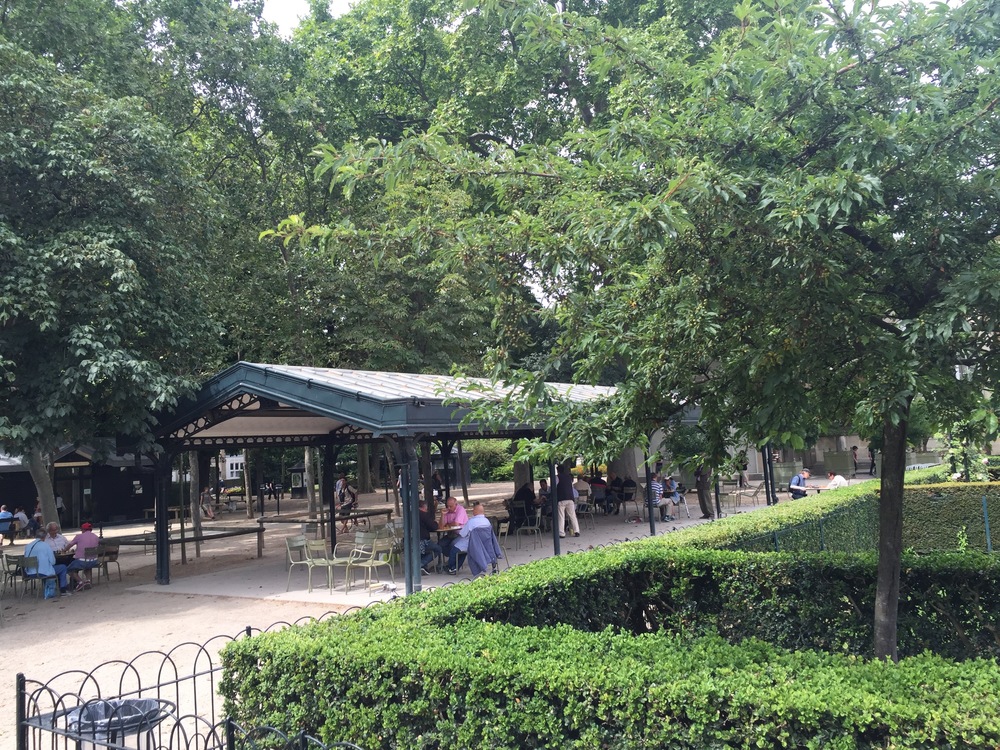 A photo of people playing chess at the Jardin du Luxembourg.

After wondering around the park for a couple of hours, playing some Pokémon Go (yes, you have to catch them all) and finding some pizza for dinner we made our way back to the hotel to relax and sleep after a sleepless two days. 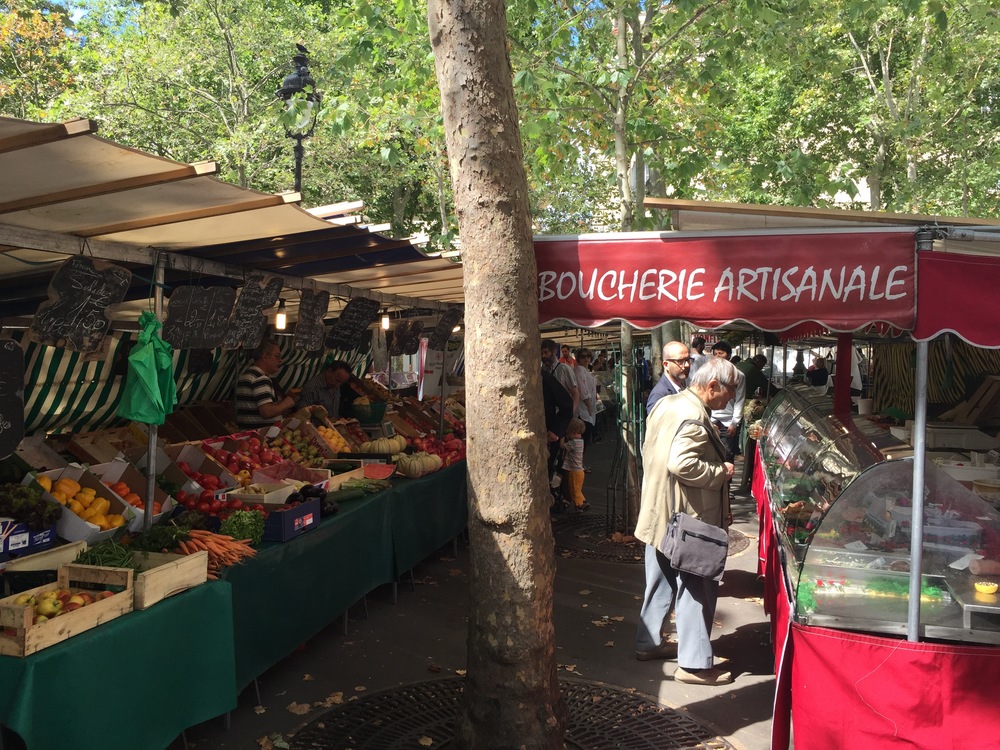 Sunday, was a busy day with so many views of the city and little adventures along the way. We made our way to do some shopping and pick up some produce at the Mouffetard Market. Rue de Mouffetard and the market that is nearby is a little get away from modern life with cobble stones and small little stores all around. After doing a little shopping and resting our feet a little bit, we made our way to the Panthéon in Paris. I will be posting a bunch of pictures from our trip on Facebook (and I’m sure I’ll share a link on here in the future), but the internet that I’ve mostly found has been fairly slow and difficult to upload. Just making this post with a couple of pictures has been a challenge.

A panorama shot of my family (although, they aren’t paying attention) in front of the Panthéon.

The Panthéon is a building in the Latin Quarter in Paris. It was originally built as a church dedicated to St. Genevieve and to house the reliquary châsse containing her relics but, after many changes, now functions as a secular mausoleum containing the remains of distinguished French citizens. It is an early example of neoclassicism, with a façade modeled on the Pantheon in Rome, surmounted by a dome that owes some of its character to Bramante’s ‘Tempietto.’ – Wikipedia 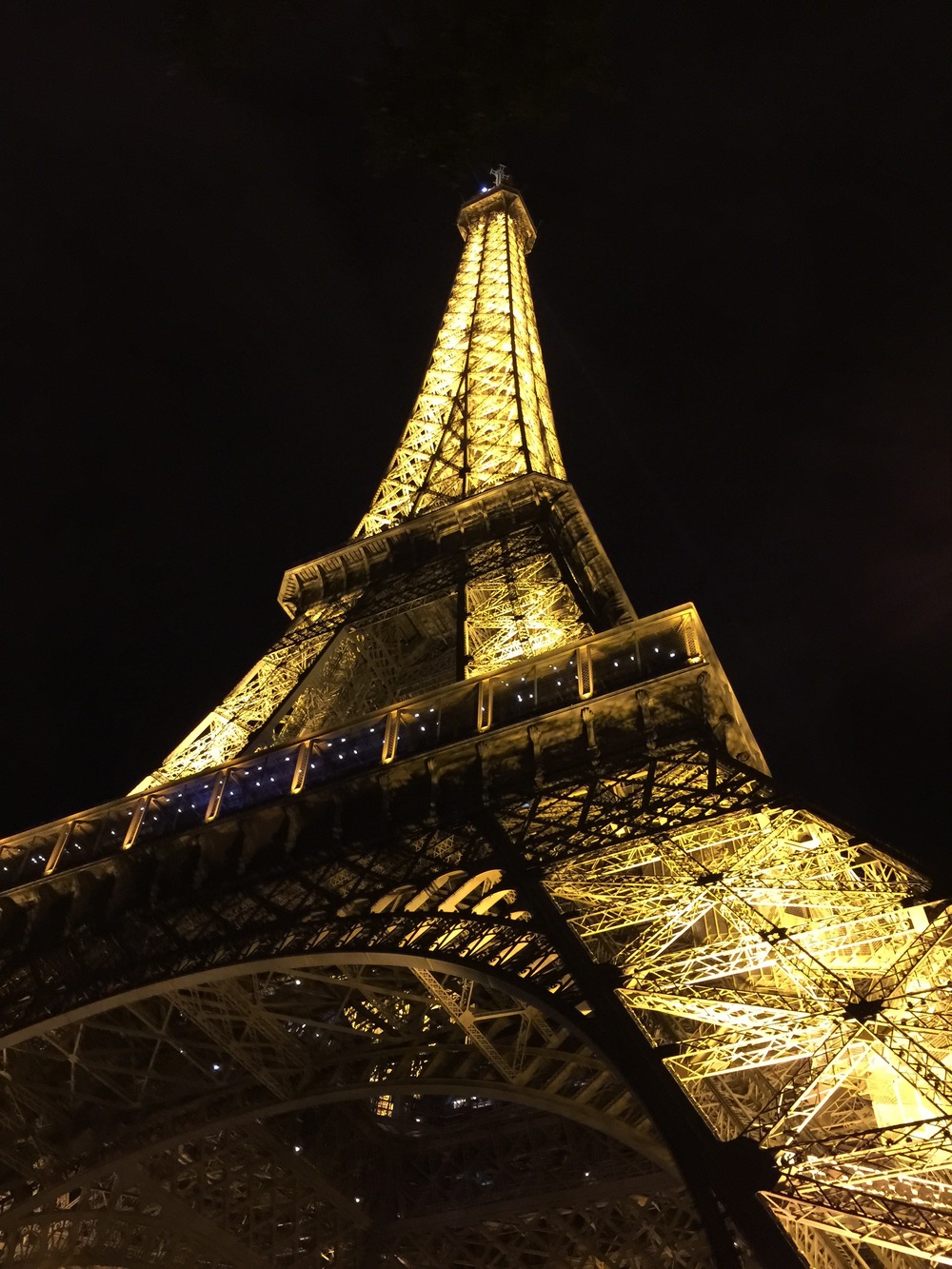 A photo from the base of the Eiffel Tower.

I got the opportunity to climb to the top of the Panthéon and take some really great shots of all of Paris. We walked down to the Zig Zag Café where I got the opportunity to try some Escargot for the first time and then we made our way to the Cathédrale Notre Dame. Absolutely one of the best cathedrals that I’ve seen in my various trips. By night, we went to see the Eiffel Tower, and shared a bottle of some tequila as we walked home and so many laughs and fun times with my family.

Monday was a trip to the Louvre Museum, some Jazz at Sunset Subside and sharing some checha at the Isis Café. Today has been mostly a relaxed day, and giving me an opportunity to share a little bit of our adventure with all of you. Here is looking forward to more stores as we go through France and Europe for the next couple of weeks. I will also be posting some photos to Facebook, so look forward to that.