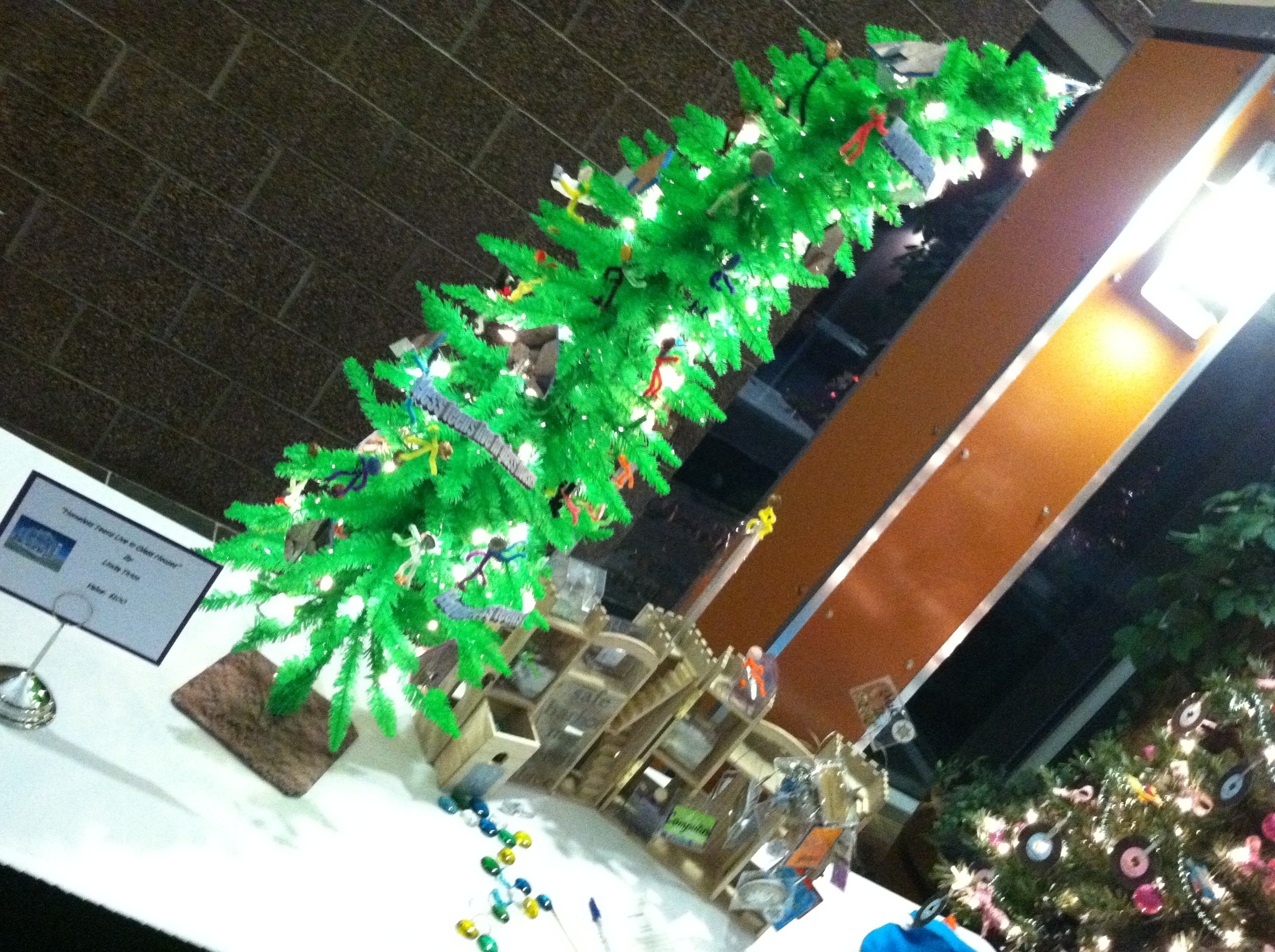 Safe Harbor Crisis Nursery Beggars’ 2011 was a wonderful event this year. Every year they have a large selection of Christmas Trees as silent auction items. This is one of those trees titled “Homeless Teens Live in Glass Houses.” I’m guessing it is inspired by My Friends Place.

The last several days have been very busy. We (Minnie and I)went to the monthly Young Professionals of the Tri-Cities social night out, a fundraiser for Safe Harbor Crisis Nursery, hung out with great friends at Twigs, helped pass out fliers and food to teens, Minnie’s dad’s 61st birthday dinner and her friends birthday party, went to church, and got my car fixed. Like I said, a busy couple of days.

I haven’t participated with the Young Professionals of Tri-Cities. It’s a good organization. I have made a lot of different connections and it’s a great way the community. If you are interested in participating in YPTC you can check out the YPTC Facebook Groups and YPTC Facebook Page. We went to the Nov. After-Hours Social. It was at ZINFUL Panini Grill & Wine Bar. It has a old fashioned feel. I really enjoyed the atmosphere. I also enjoyed the company. The YPTC meetings generally are about meeting everybody, talking about our professions and what we are currently involved with. It’s always a good time.

The YPTC event was on Thursday. On Friday evening (after a busy day at work), we went strait to the Beggars Banquet 2011. This event is one of my favorite fundraisers that I attend yearly. They started doing it several years ago, and it was made up of a couple of dozen people inside Safe Harbor Crisis Nursery. For the last couple of years they have been having the event at the The Three Rivers Convention Centers. It is a venue that can host 750 people. They packed it. I haven’t had a chance to find out how well the event did this year, but it looked like it went well. It’s a really fun event, that not only has both a live and silent auction, but it has a soup tasting contest. Atomic Ale Brewpub & Eatery won with their Atomic Ale’d Red Potato Soup. As the evening wore on with the live auction (which seemed to do really well with a professional auctioneer), we along with Charlie and Christine. We decided that it must be time for a couple of drinks. We decided to go to the new coolest martini bar, Twigs Bistro & Martini Bar. I must say, the hype (which I’ve heard a lot of people talking about it) is true. I’ve been to their locations in Spokane, but it’s nice to have something as classy in the Tri-Cities. 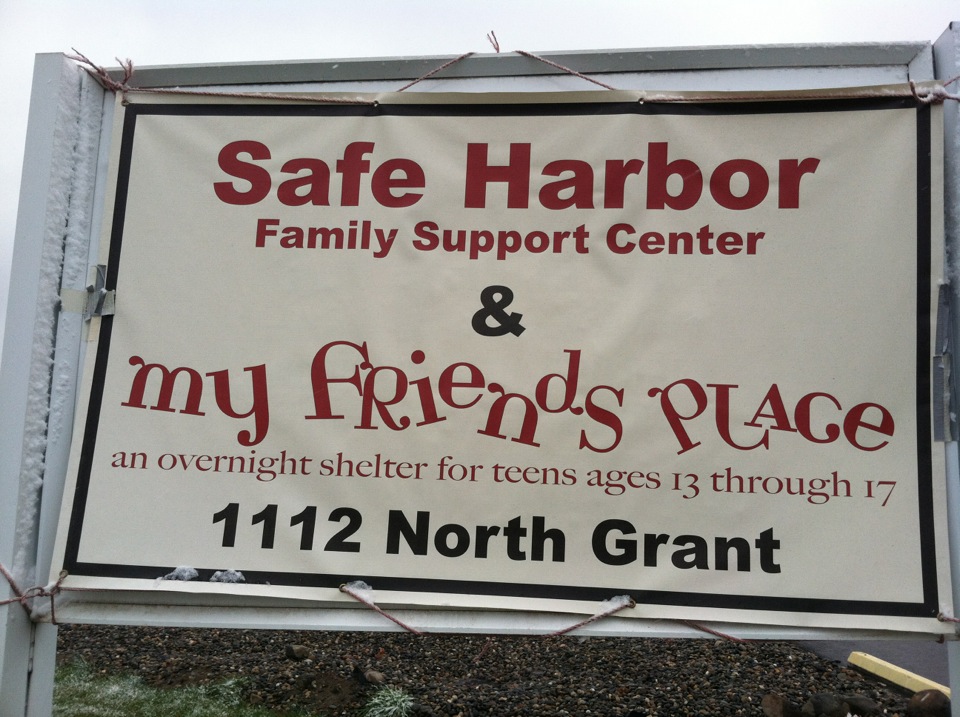 My Friends Place is a project of Safe Harbor Crisis Nursery. It is the first shelter going to be opened in the Tri-Cities for homeless teenagers.

The other thing that it is nice to have in the Tri-Cities is a shelter for homeless teens (My Friends Place). You can read more about on my blog post for The Lawyers & Artists Ball 2011 for My Friends Place. Saturday morning we went and picked up fliers and survival kits. We went around Kennewick looking for teens to talk to and hand out stuff too. While (I think due to the snow) we didn’t meet up with many kids, we did talk to quite a few. We got the opportunity to hear some peoples experiences. We met a girl who was a little bit older, but was pending homeless. She described that she has been having a lot of problems lately. We tried to share some resources with her. We met another lady who told us about her son that had committed suicide a couple of years ago, but had been homeless himself. When you feel like your not doing very much (i.e. passing out fliers or something), it’s hard to recognize how much of an impact you can have. All of the other teens that we met said they knew people that needed it.

After being touched be the people we met, we went to he Yakima Valley for two Birthday parties. The next morning we went to Eastlake Tri-Cities. It was the second time we’ve gone there, and we really like it.