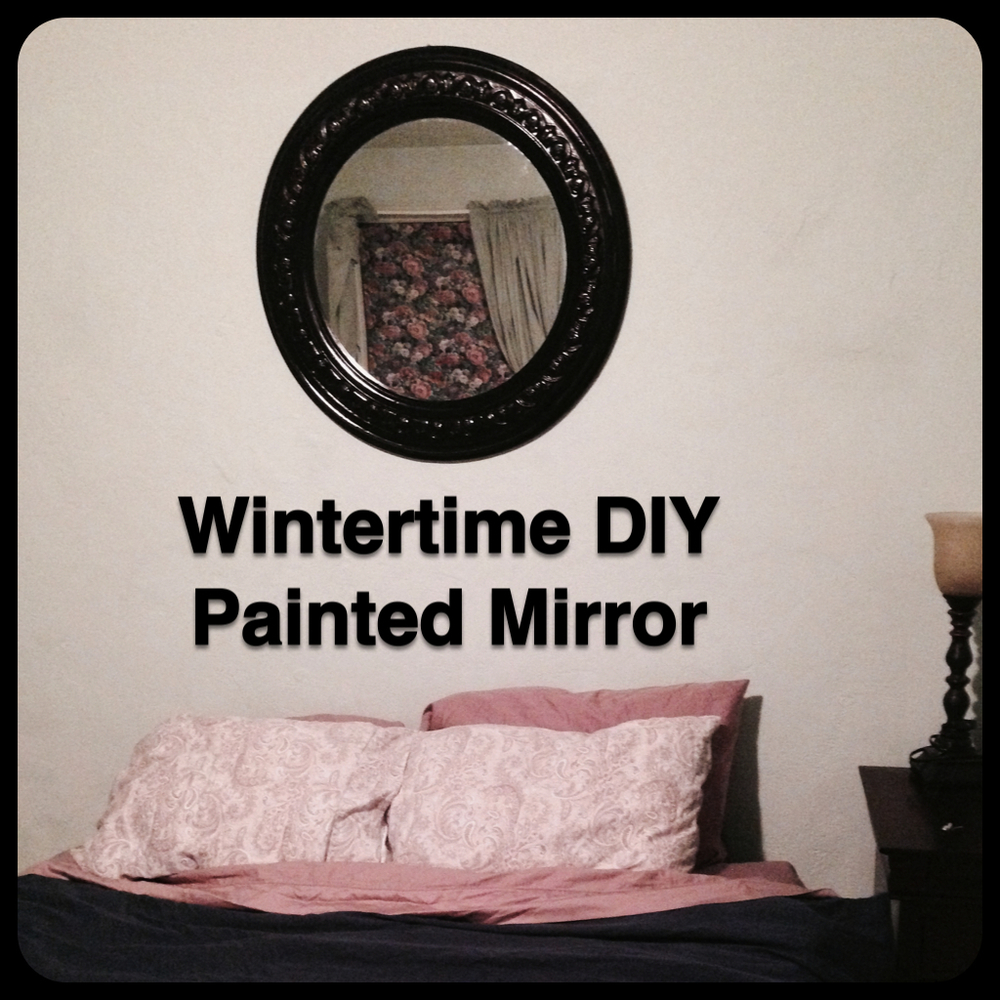 Made in the Diptic App on my mac. Wintertime DIY Painted Mirror

Painting during the wintertime is a hassle, and defiantly doesn’t turn out as well, but it is still possible. Minnie had purchased a circular mirror prior to us being together at Home Interior for about $50 or $60 about 10 years now. The gold color didn’t quite match all of the black furniture in our bedroom. I’ve had it on my list of projects to do, since we moved. It’s been happily sitting on the floor next to the bed for the last six months… and I finally got annoyed enough with it to say “this has to happen this weekend.”

It was a pretty simple project, as most of my projects are. It turned out alright, although I think it would have been better if I had done it during warmer months. I was originally going to tape up the glass, and paint with it all intact, but it was much easier to unscrew everything and only paint the front shell. I hung it from the tree, painted with a gloss spray paint and brought it inside to the basement to dry out of the extreme cold temperature. There was a section that I sprayed over and sprayed over that seemed to keep running and not want to stick. I figured a second coat would do the trick, so after 5 or 6 hours I took it back outside and tried it again. I laid it on the ground this time, hopping to have less runs. I again put it down in the basement. After it dried for about a day, I found that there was still that spot which had continued to run. In hind site, I should have sprayed it with some sort of base paint first, but I was just doing this with stuff I already had around the house. I decided to take a sharpie and color over it, because the color would match.

Pretty simple, it didn’t take much time, and now we have a mirror that matches the black furniture in the bedroom. Check out the photo gallery below; 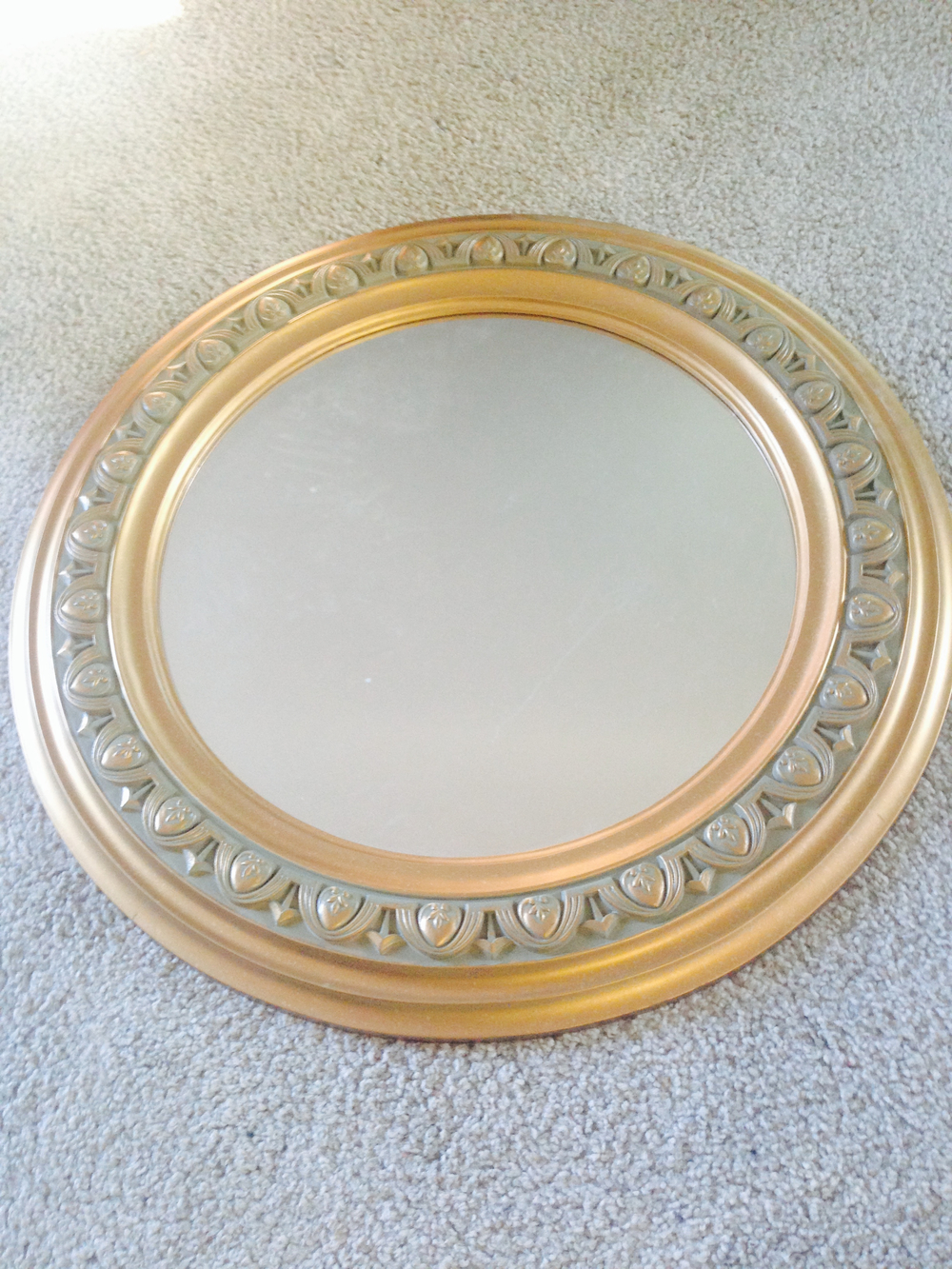 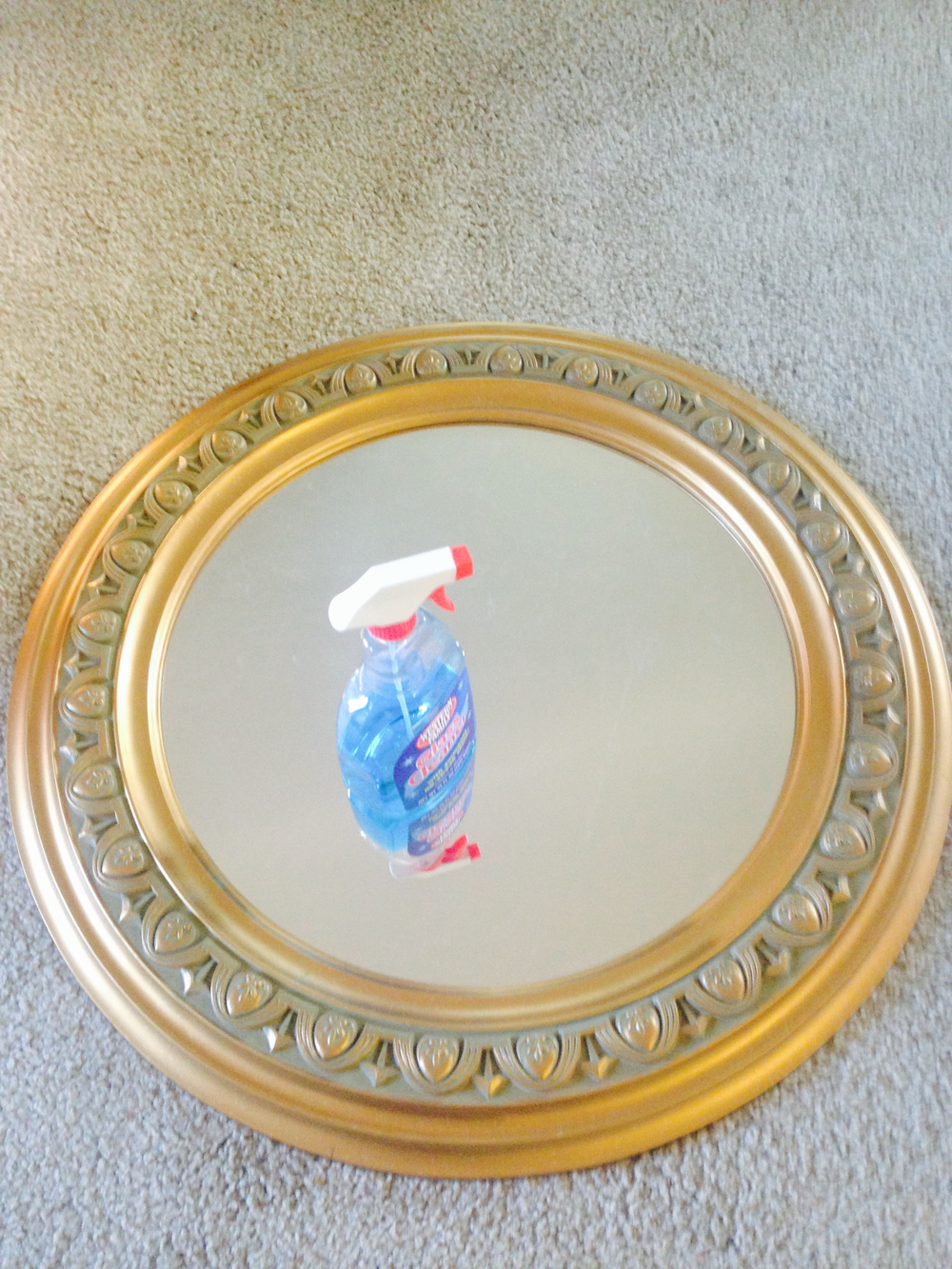 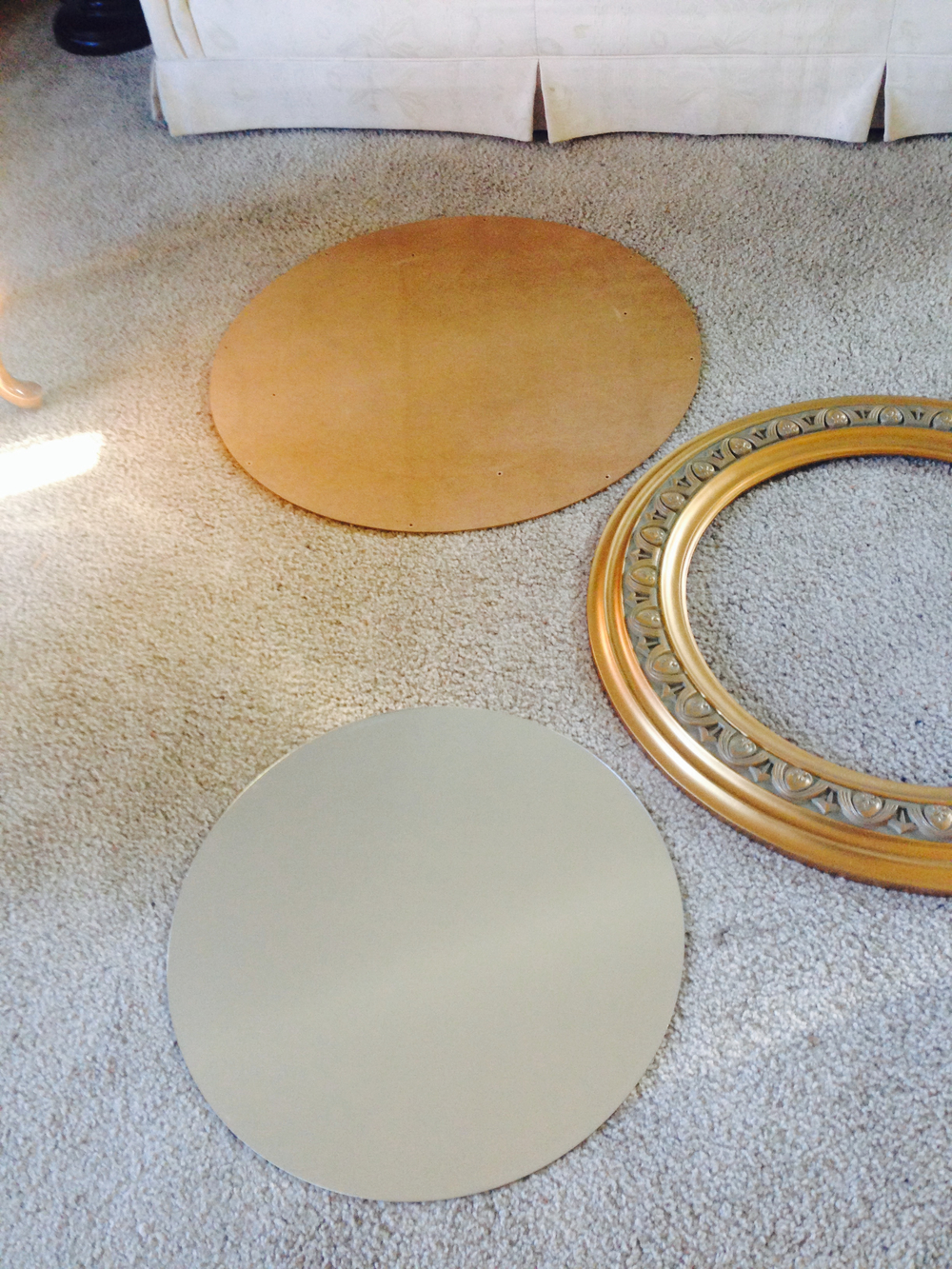 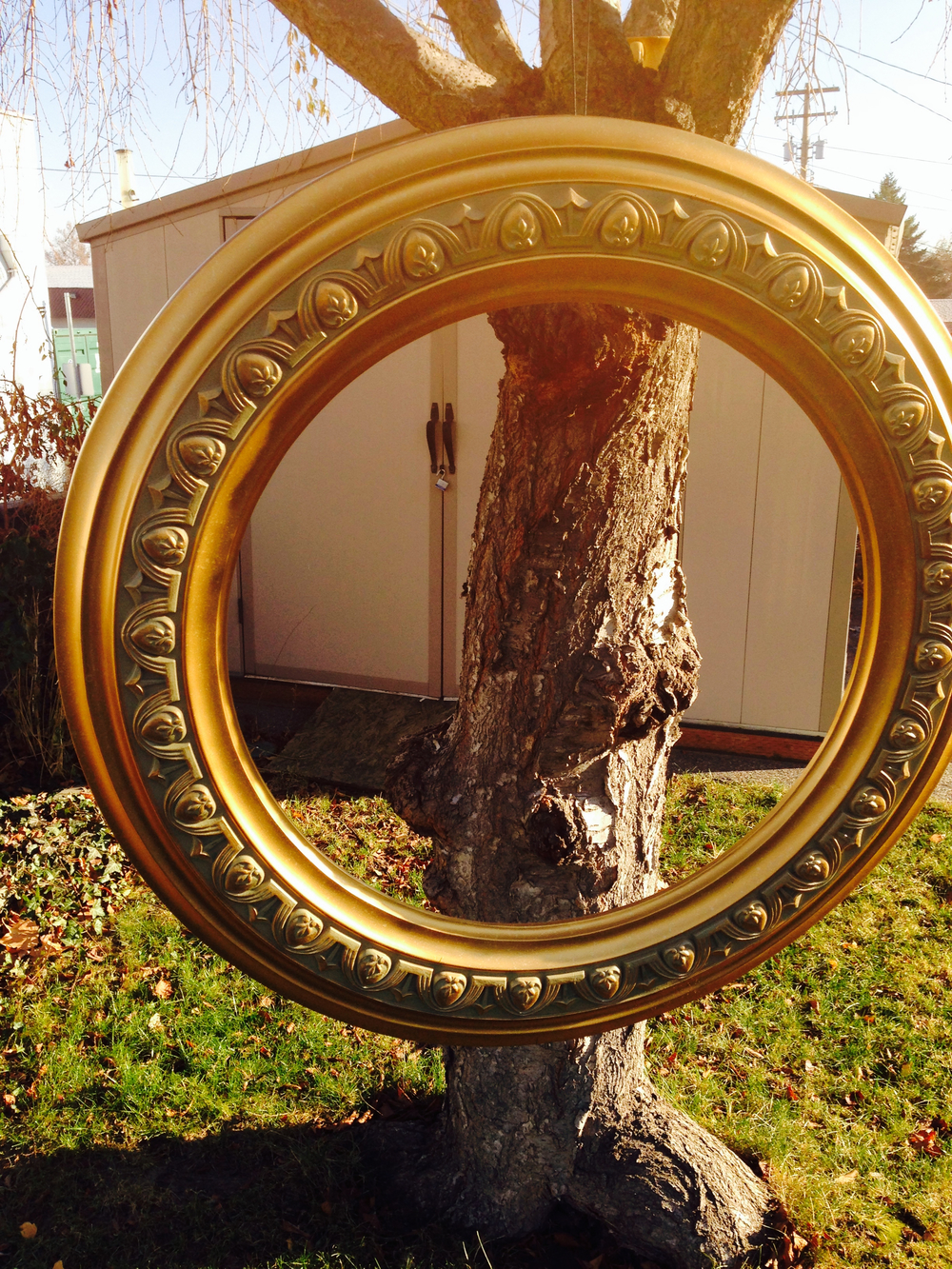 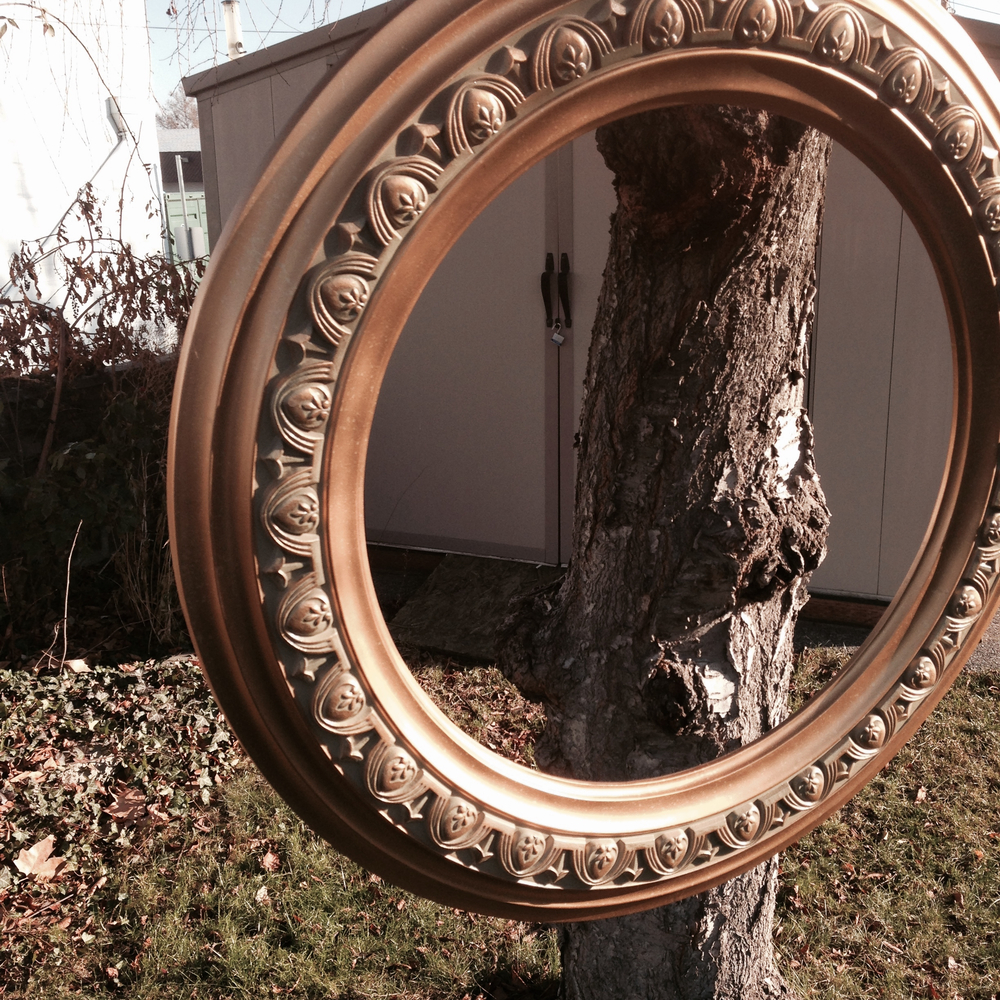 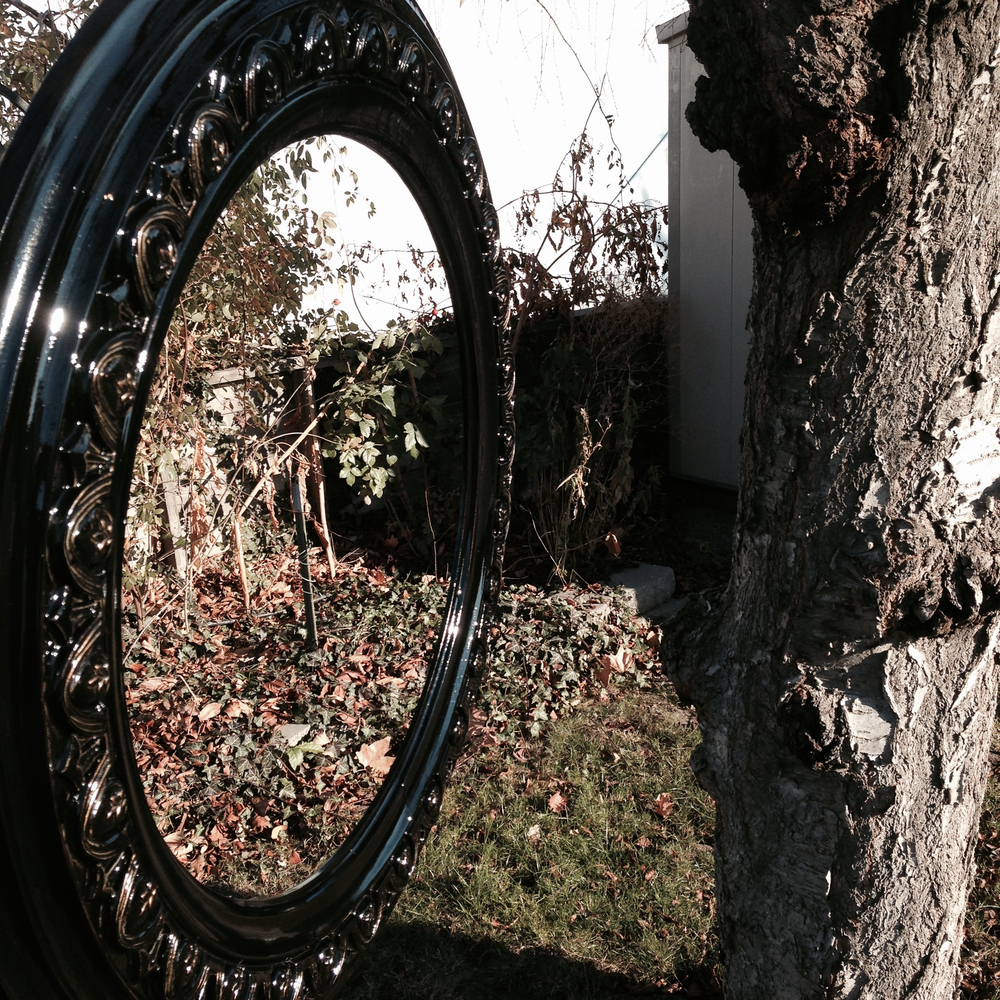 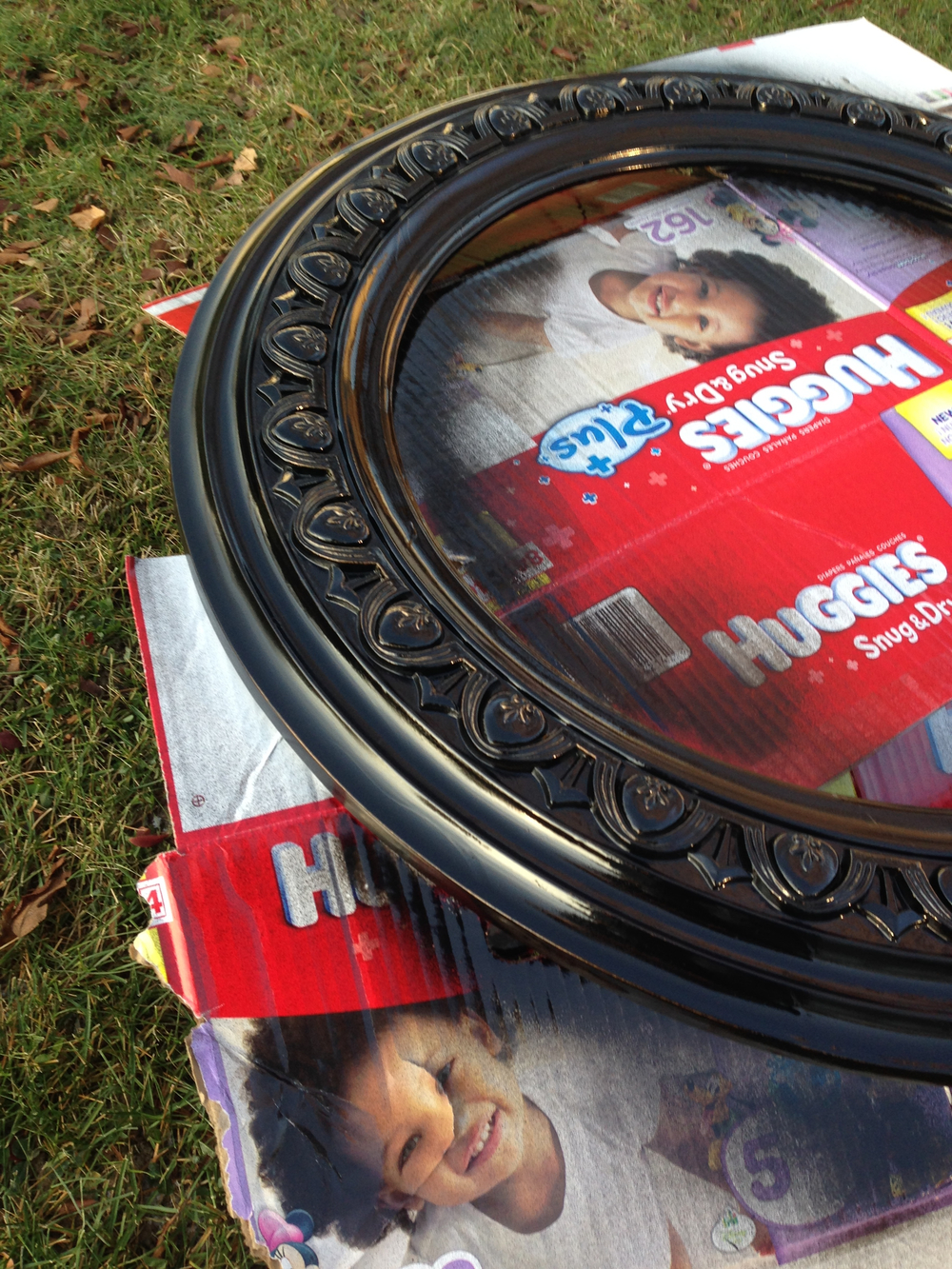 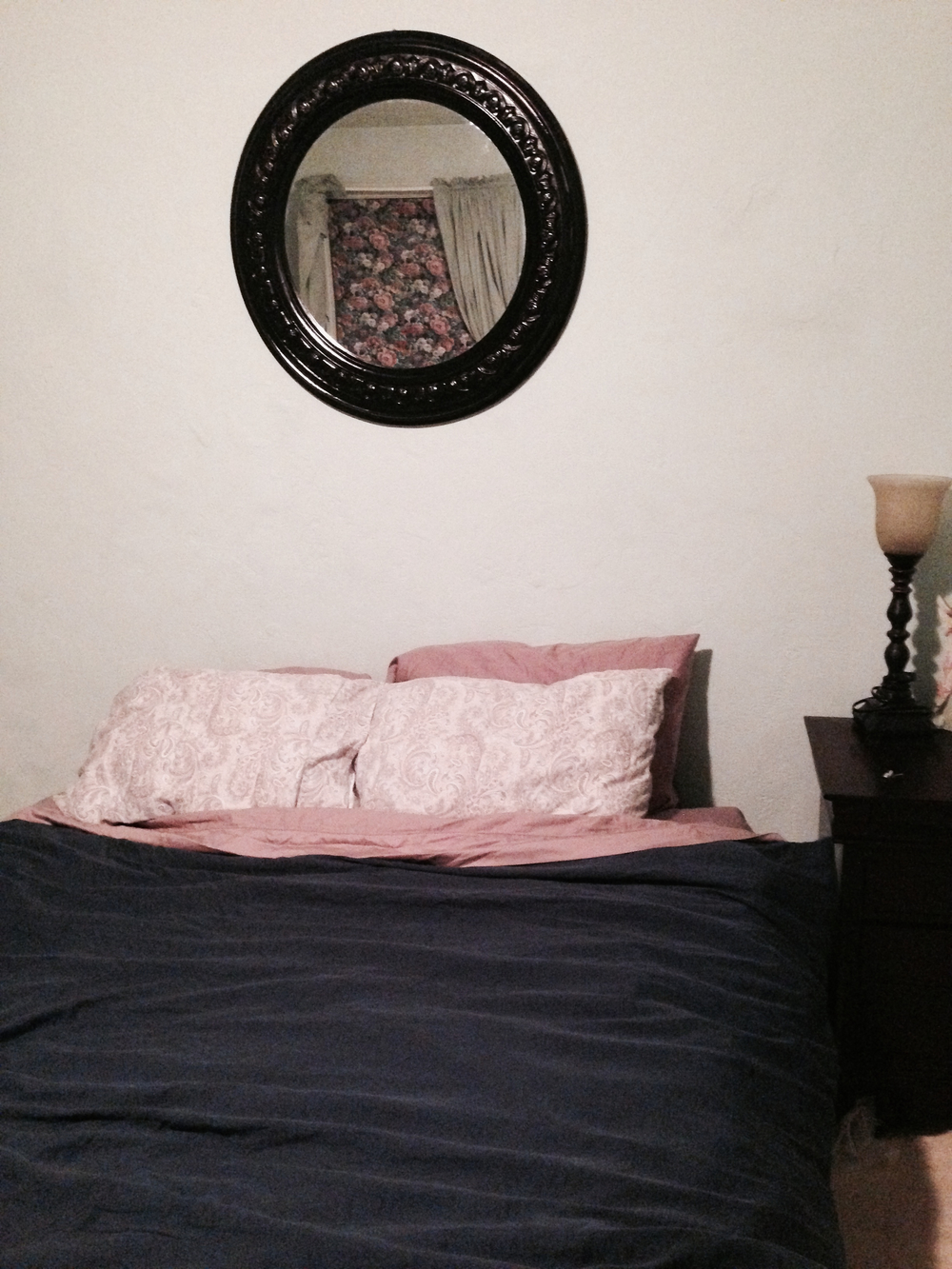 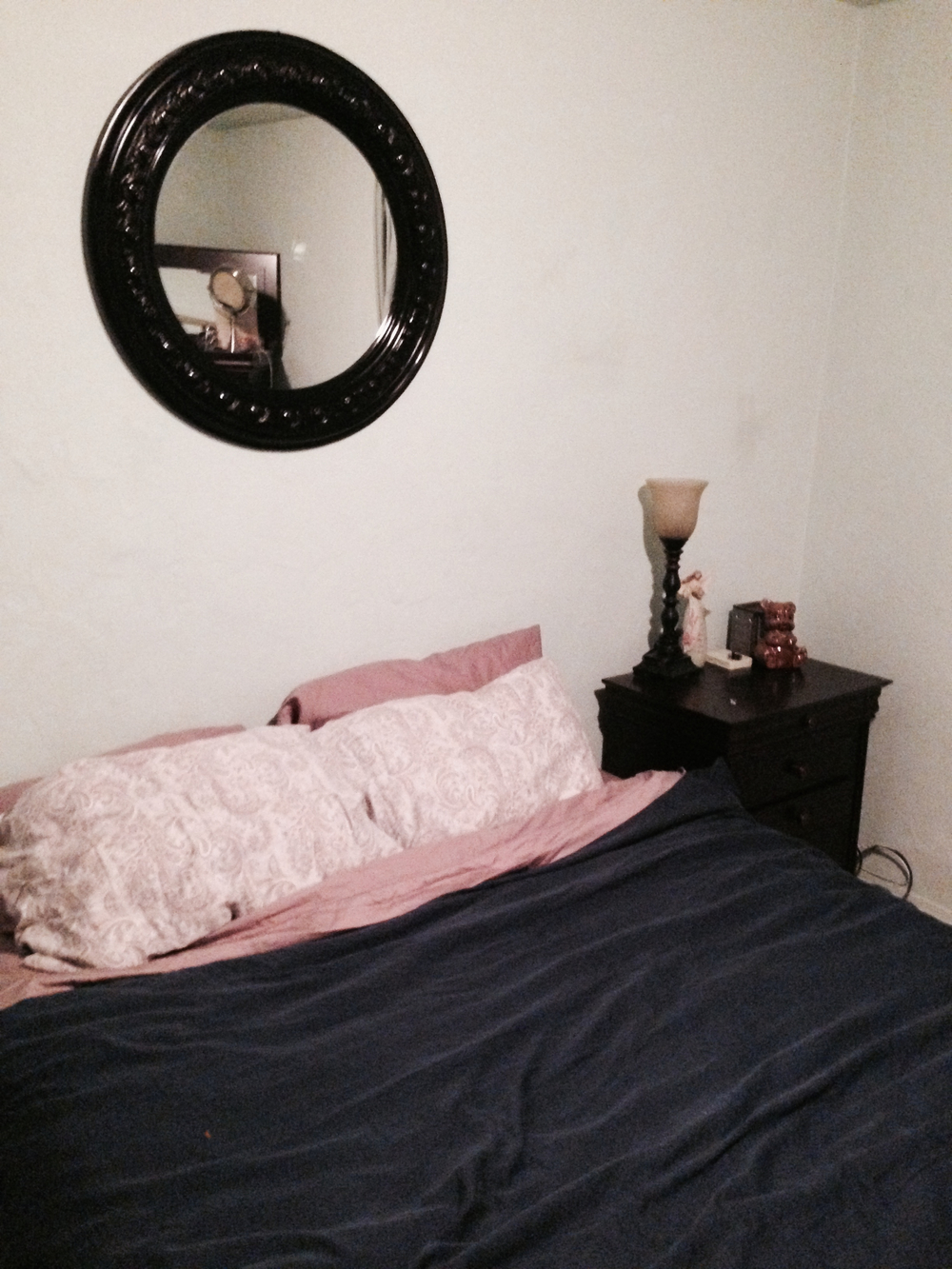