Privilege It’s a Thing and We Should Care

All of the areas that privilege seems to be coming up in my life these days.

Privilege is a topic that has been coming up and that I’ve been mulling over recently. I am a true believer that it is a topic that we should keep coming back to and reevaluating what our privilege is. When I was working on my degrees in social work at Eastern Washington University, I wrote a paper The Ethnicity of Non-Ethnicity: The Ethnic Autobiography of the Dominate Culture back in 2008.

I had been planning writing a review about Ta-Nehishi Coates audio book, Between The Worlds and Me, which I recently listened to (and I think think this blog post will suffice). Michiko Kakutani From the New York Times provides a good review of the book which is written as a type of letter to Coates’s teenage son about the realities, feelings, and symbolism associated with being Black in the United States. There were many points that stood out to me and gave me pause to think.

When coates was talking about his years growing up, and the safety of his body, really struck me that even with all of my travels and sometimes dangerous positions, that I’ve not really lived in it and my privilege that frequently they were positions I had put myself in. I was also struck by his comments about people who “think they are white.”

All in all, it was a powerful story and well worth a read or a listen. If you do listen to it like I did (and I must give a shoutout to public libraries and being able to download audiobooks), I love books that read by the author as I feel like I get even more of their voice. I was thankful that my mom recommended it to me.

While, I still haven’t finished the episode yet, I am still working my way through listening to Reconcilable Differences - Episode 101: Duke of Bits (Overcast Link and Website). I highly respect John and Merlin and appreciate their thoughtfulness in life and the way they broach all sorts of topics. In this episode they talk about both privilege and status and it was a great listen and through provoking. It is so important, as they said that people recognize that privilege is a thing and we have to keep reminding ourselves of that. The idea that how we can be fearless to be able to go about our life, and know that everything will be ok. That is so true for me and I can highly relate to saying that many times I can be fearless where not everybody else can. 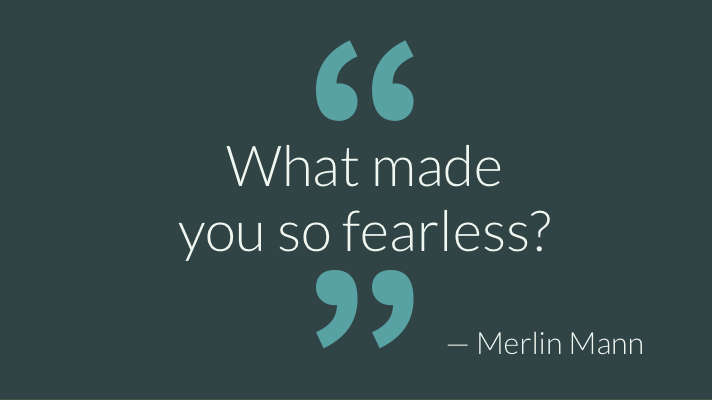 One area I’m able to be somewhat fearless in is pursing more education. I’m sure I will write more about this as time goes on, but I’ve been accepted to the California Institute of Integral Studies Doctorate in Transformative Studies program. The mere fact that I can look into pursing this puts me in such a position of privilege. And while I don’t have the type of excessive privilege of the somewhat recent news about U.S. Charges Dozens Of Parents, Coaches In Massive College Admissions Scandal I still have a whole lot more than many people.