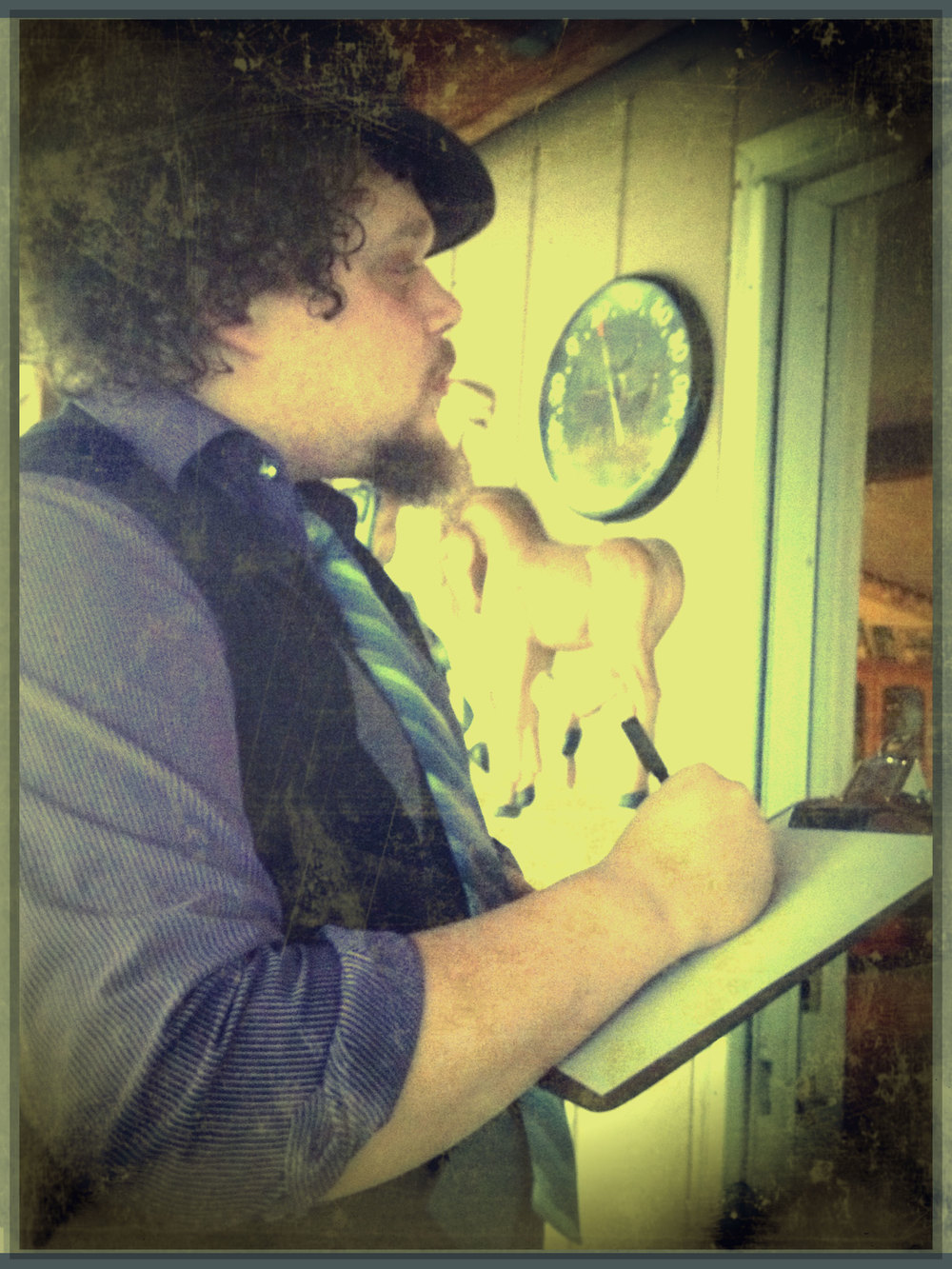 I was doing a Google Image Search, how any of my good Adobe Photoshop or Adobe Illustrator design projects start. I’m writing an post for my blog, Serving in the Cold, PDC Annual Community Survey, about my recent experience canvassing East Pasco with a Survey for the Pasco Discovery Coalition (Google Site’s Page looking for inspiration. I cam across the The Quirky Community Survey photo. While this picture is nowhere near the same. I had Minnie take a couple of pictures of me pretending to be asking interviewing questions. I took that photo and followed How to Create Vintage Photo Effect Photoshop Tutorial. I followed it mostly exactly the same, but of course replacing my own image. I also made some changes to how the rendered lighting effects, and adding a little bit of a border to the image. It was a pretty simple tutorial, involving using some layer’s with color and blending options. As normal, you can download the Jacob the Great and Vintage Survey Interviewer Photoshop File so you can see more of what I did and help with your own design project.

I’m very thankful for all of the support that we got to complete some of the Pasco Discovery Coalition’s Annual Community Survey. We had people from the Coalition itself and some people from F.I.R.M.E. along with Jesse’s church members

I’m assuming that I will post something after we have more of the survey’s back and after the data analysis has been completed in my Resources Section, but I wanted to post that the data collection we did today went really well. A group of about 13 of us went around the Lakeview Mobile Home Park in Pasco and were able to reach almost all of the trailers there. People seemed to be very receptive and we might have even found more coalition members to participation in our monthly meetings. It was cold, but everybody was a trooper and had great attitudes. We were hoping to do more survey’s of East Pasco but ran into problems with not having a large enough volunteer base and enough time.