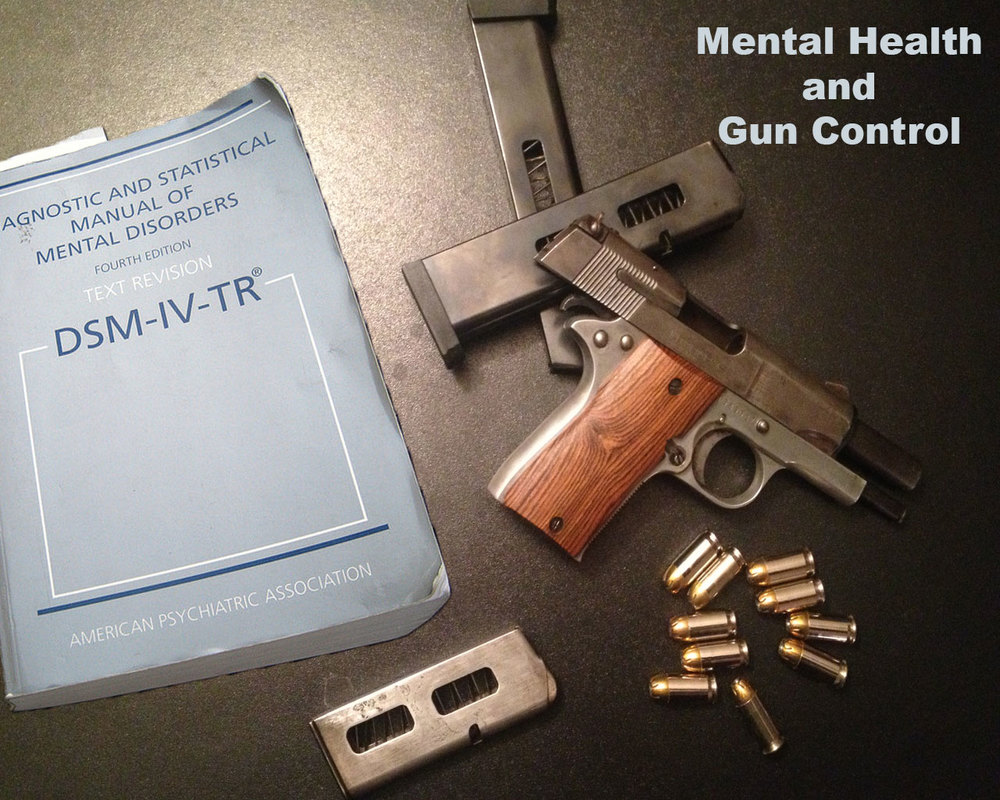 A graphic I created in Adobe Photoshop as a graphic thinking about all of the debate regarding mental health treatment and the gun control.

Over the last few years and especially over the last couple of months since the Sandy Hook Elementary School Shooting both mental health and gun violence have been all over the news, radio, and political discussion. It’s an immensely difficult and polarizing topic that is flooding every source of media. I figured I should add to it a little bit as I feel there is some misperceptions, especially regarding the mental health aspect.

One media source I find myself waiting expectantly to hear from every week and see what their latest episode is Freakonomics Podcast and have written about about before. I truly believe they put forth in-depth and thoughtful commentary and ideas, I must say I disagree with some of the comments that offhandedly given by Steven Levett in their episode How to Think About Guns: A New Freakonomics Radio Podcast. He describes that one way he would deal with these types of mass shootings is maybe to bring back more hospitalizations for mentally ill persons. While I agree that in some cases long-term hospitalization is something that would be beneficial for some of our chronically mentally ill citizens, it is for different reasons.

I have a number of clients currently who I believe could benefit from long-term hospitalization due to being gravely disabled. This is not so much based on my concerns that they will be violent towards others (or even necessarily themselves which is, in my experience, the more prominent reason that people are involuntarily hospitalized in this area). More so it is that they lack the basic comprehension and understanding to function in regular life (i.e. have a job, have an apartment, buy food… etc) because of the severity of their disability and oftentimes psychosis. That being said, belief that locking up more mentally ill persons would help keep us safer is very off base. Research shows that statistically mentally ill persons are no more likely to be violent then persons who do not have mental health conditions. The New York Times even put out an article, titled, In Gun Debate, a Misguided Focus on Mental Illness which discusses this. If your interested, I could link in the future to more peer reviewed journal articles which look at the correlation of violence and mental illness.

I do agree that topics that are being discussed about gun violence and what politicians are proposing to help curb this violence are as the saying goes “a day late and a dollar short” although this is a vast understatement. I think if we really want to address gun violence and mental health, we should be finding ways of curbing suicide rates which make up the vast majority of gun violence and could be effectively changed in our country more so then the mass murders we are seeing on the rise.